Axle: an expert breaks it down (Guide) 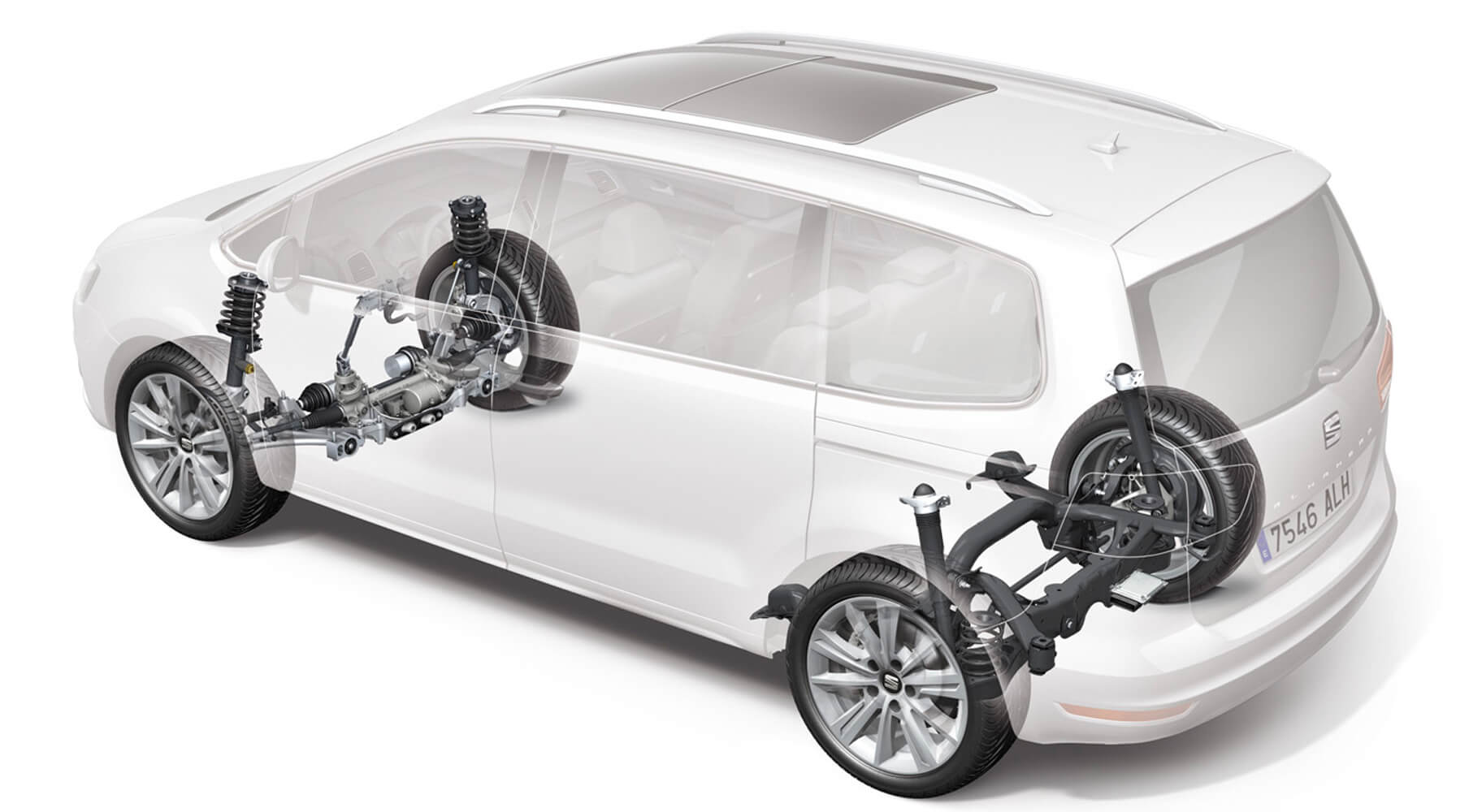 Axles have been generally called pins and shafts in the past. They are among the earliest forms of contraptions for boosting mechanical force. Before they became components in cars, their combination with the wheel was used to raise things like heavy cargos and water buckets from wells.

The conclusion is that the mechanical advantage matches the ratio of both forces, but that's not all. It's also equal to the ratio of both gears' radii. Axles are in cars too where they perform the same similar function, but are more structured and optimized. They are a critical component of the vehicle's wheel system.

Sadly, vehicle owners often generally neglect them. This is a disservice to your car's efficiency. Axles should be well maintained. But you need basic knowledge to do that.

In this article, we'll be discussing axles in detail. From what they do to why they are important. We'll also touch on the symptoms of failing axles as well as answering some frequently asked questions.

An axle is a central shaft that connects to and turns the wheels of an automobile. It primarily carries power and torque from the engine's transmission to the wheels of the car. On one hand, you may attach axles to the wheels to rotate with them. You may also affix them to your vehicle so that the wheels rotate around them. In the second case, bearings are added at the axle's mounting points.

All wheeled vehicles come with axles. They perform the functions of driving, steering, and even braking. They are needed for basically all aspects of vehicle use. Fetching from this, every vehicle needs axles to work.

Axles also bear the weight of a vehicle. This is a secondary function. To efficiently perform this function, however, the axle must bear the whole weight of the vehicle, passengers, and cargo. Also, it must be able to withstand the accelerated forces coming from driving and baking.

Automobile axles come in two basic forms—drive axle and dead axle. Drive axle connects to the driveshaft, a shaft that runs up to the transmission and links up with the engine. It's the engine that turns this axle. Dead axle, on the other hand, is not connected to the engine in any way. It turns only when the car is moving.

Pro tip: While the drive axle moves the automobile, the dead drive supports its weight (car, passenger, and cargo).

How many axles can a car have?

The car type determines the number of axles it can have. Most cars typically have two axles for rotating their wheels. Bigger vehicles, however, possess more axles. This reality follows the fact that larger automobiles carry more weight as well as weigh more. They, therefore, require more axles to bear all those weights.  You can easily identify the number of axles your car or any other one has.

All you need to do is count the pairs of tires. Most cars will have 2 sets of tires, a set in the front and another in the back (four times in total). The rule of thumb is an axle for every pair of tires. So, 2 sets of tires get 2 axles, and so on.

There are three types of axles: Rear, front, and stub axles.

True to its name, it's located in the front of the car. It functions primarily to assist with steering. It also helps to process shocks from rough roads and bears the weight of the front part of the car.

Stub axle[/caption]The stub is technically a part of the front axle, along with the beam, the swivel pin, and the track rod.

How to identify a faulty axle

Axles are built to be sturdy and robust because of the critical functions they perform. Even then, they can still suffer disrepair as ear and tear set in over time. In such cases, you will need to replace it. The following are what to look out for when your axle is failing;

Bad vehicle vibrations often indicate axle damage. Strange rumbling noise coming from underneath the car and unusual tire wobbling accompany such vibrations. You will notice this during accelerations, decelerations, or even when you're just making turns. Steering may also respond sluggishly in some cases.

An axle joint is probably damaged if there's a loud clanking noise whenever you put your car into gear. It happens when the axle can't adequately carry power from the transmission to the wheels as a result of lagging joints. The noise typically gets worse with time.

A car leaking grease under or on the inner tire edge can spell a broken axle boot. The axle boot is the runner that covers the axle joint. While it may not yet have affected the axle, it soon would if it persists. Prompt repair should follow to safeguard the whole axle system from damage.

Your axle may be faulty if your vehicle starts, enters into gear, sounds normal, but cannot move. The engine responds to your foot on the accelerator pedal with healthy revs, but the vehicle won't move.

Yes, axles do break. But no one wants a broken axle. Trust me, you don't. They will do fine for a long time save for rare occasions where they get old or get into an accident. This is good because the chances of it happening is next to none.

What causes an axle to break?

As it has mentioned before in this text, you'll hardly need to worry over your axle because it hardly breaks. But the reality is that they do break. Below are few ways it can break:

Can potholes destroy an axle?

Yes, but it depends on how deep it falls in. Shallow ones may not pose any serious threat. But anything deep can pierce the aluminum base of the axle if the car falls hard enough.

Can you fix a broken axle?

You can't repair a broken axle, and you shouldn't try. Instead, replace it with a standard, manufacturer-issued one. Make sure you do this as soon as you spot it. A bad or broken axle will cause damage to other parts of your vehicle in the long run.

How long can you drive a faulty axle?

You can drive a vehicle with a bad axle but not very far. Besides the loud clanging sound that will definitely escort your drive, it can soon cause the car to get stuck. So, you can drive it for a while if you don't mind the discomfort.

But the sooner you fix it, the better. If your car axle is broken and you wish to drive it a while before you repair it, disconnect the propeller shaft from the rear one. It essentially becomes a front-wheel-drive and can carry you till you can repair it.

You can do this by yourself if you know where you look. Otherwise, find the closest person with the technical know-how. Please note that this measure is only temporary and should by no means tarry.

Can a bad axle cause transmission problems?

Yes, it can and it does. Here's why:The axle functions primarily to carry power from the transmission to the wheels. A bad one won't do this job, or not as efficient as it ought to. This can cause transmission problems for your car.

How long can axles last?

It's easily one of the most sturdy parts of a vehicle and it can last for a long time if it is routinely and properly maintained.

As we have shown and believe you have seen in this article, an axle is incredibly critical to any car. Four-wheel drives cannot do without it. So, it must be kept in good working condition at all times. Properly maintain it. Carry out the directed routine checks outlined by the manufacturer.

Check the fluid level. Replace fluid often. Promptly attend to signs of disrepair. Do all these in addition to the relevant structured knowledge resident in this article and you should be fine as far as axles go.