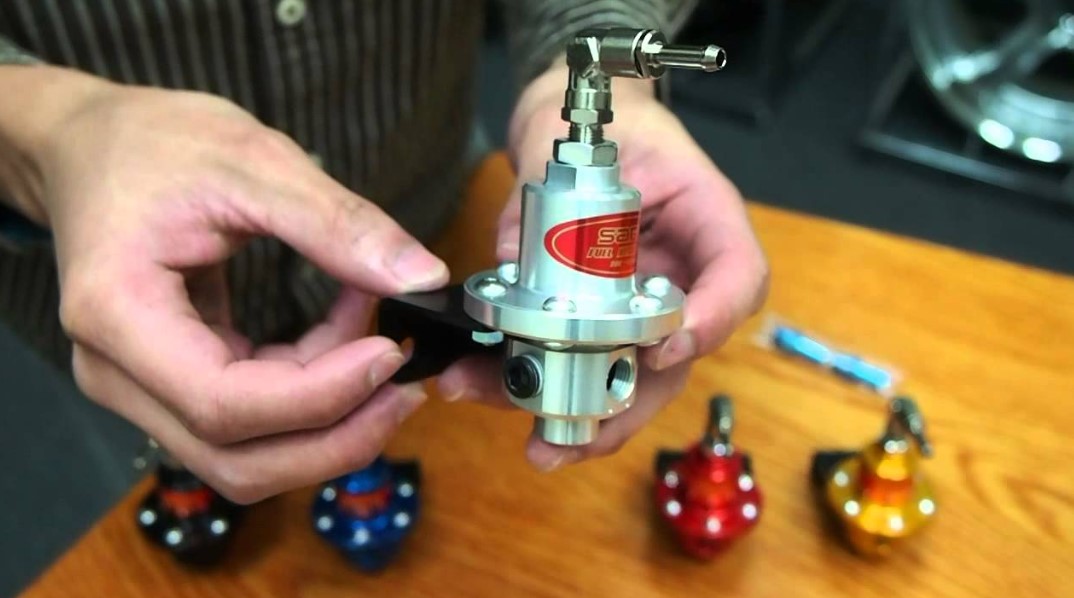 Just as the blood in a human is the life bank of the body, so also is the fuel in a car. Fuel is the life of a car’s engine; when fuel is mixed with air, it produces the energy that drives a car. Now, what is a fuel pressure regulator?

‍The fuel pressure regulator is responsible for regulating the pressure of the fuel flowing through the fuel system, just as the name implies. A fuel system is made of several components, and a malfunction in any of the components could to the breakdown of the car’s engine.

The symptoms of a bad fuel pressure regulator are relatively easy to notice. Once you notice any of these symptoms listed below in your car, then it's time for a replacement. Reluctance to get a new one will lead to additional problems in the vehicle as well as extra costs.

So, what are these symptoms?

Black smoke coming out of the exhaust

If there should be any smoke coming out of your exhaust, the color should be either white or grey. Black smoke is a sign of trouble and should be treated as such. A good car engine in its perfect condition should not emit smoke from the exhaust, as it shows that the engine is using the right air-fuel mixture.

Fuel leakage is a financial strain because your car continues to gulp unnecessary amounts of fuel. But also, fuel leakage is a health hazard to you, other road users, and passengers. When the fuel in a car is leaking, the engine is not getting the appropriate amount of fuel to produce energy, so the energy will work harder to get more fuel into its combustion compartment.  Once fuel leakage is noticed, the best thing to do is to locate the source and then get a professional to help stop it.

Other causes of fuel leakages are a broken fuel line, the presence of contaminants, filter problems, and corrosion.

No matter how much power is exerted on the accelerator, the car will not go as fast as it used to because the fuel pressure regulator is damaged.

This happens because the damaged regulator is flooding the ignition system with surplus fuel, more than is necessary, and this creates an imbalance in the fuel-air mixture in the car. Another reason for the poor acceleration in a car is a faulty fuel injector. When the tip of the fuel injector is dirty, it clogs the small holes that supply fuel into the combustion compartment, causing the poor acceleration.

This can also happen if there is high pressure getting to the engine. The combustion compartment will be flooded, and it leads to a decrease in fuel efficiency. Leaks in the fuel system can also lead to decreased fuel efficiency, which is another symptom of a damaged fuel pressure regulator.

Engine misfires occur because there is not enough fuel getting to the combustion compartment, and the engine produces odd noises like rough sounds. If ignored, this can lead to a total breakdown of the engine system in the car. Engine misfires happen differently in several car models, but a similar symptom is that the engine will produce odd noises when turned to start.

The spark plug in a car gives the appropriate heat element to ignite the air-fuel mixture. As mentioned earlier, the engine in a car needs the appropriate amount of air and fuel to produce power and run effectively. This power is from the controlled explosion in the combustion compartment, owing to the fuel pressure regulator in the fuel system.

When a car in good condition is in motion, it produces a humming sound from the fuel pump. However, if the noise becomes oddly loud and embarrassing, it means that the fuel pressure regulator in your car is bad and needs a change.

An engine that won't start can be a result of many problems like a dead battery, a faulty alternator, a damaged faulty pressure regulator. If the engine won't start because of a dead battery, then the battery does not have enough power to start the car engine, including the starter.

An issue during deceleration is a symptom of a bad fuel pressure regulator. In the car engine, there is a lot of fuel getting to it and this is more than what the engine can take so this causes problems.

The bad fuel regulator will make the car take time to slow down even after your foot is removed from the pedal. This is hazardous because if you are driving at a high speed and you want to slow down, or at a sharp turn, it will take a lot of time for your car to slow down. This is a recipe for a ghastly accident, and once you notice this symptom, you should immediately attend to it by having a professional diagnose the car.

Fuel in the car’s vacuum hose

If there is a problem with a fuel pressure regulator, then fuel would leak into the vacuum hose. This is a major problem that should not be ignored because it is hazardous. To solve this issue, you can easily disconnect the vacuum hose from the regulator to remove the fuel.

Once you turn on your car’s engine, you can leave it on for some minutes to check if the fuel will get into the vacuum hose. If this happens, you can either disconnect it by yourself or get a professional to do so for you.

If there are no signs of fuel in the vacuum hose, then there is no need to test for fuel leaks.

How to test a fuel pressure regulator

The test on the fuel pressure regulator differs from one car model to another. So before you embark on a test, you need to either consult a professional or use your car repair manual. The general steps involved however include the following:

It is important to remove the vacuum line, while the engine is still running.

If the pressure gauge is reading lower than the specification, while the engine is running it means:

How much does it cost to fix a fuel pressure regulator?

Fixing a bad fuel pressure regulator depends on the type of car you drive or the auto-mechanic shop you go to for repairs.

The average cost for replacing a bad fuel pressure regulator is between $253 and $372. The labor cost should be between $105 and $135, and the estimate of the regulator parts is between $147 and $238. These prices exclude taxes, fees, and location charges.

To fix a bad fuel pressure regulator can take up to 4 hours to do an overall job in the fuel unit. But if it is only the regulator it takes one hour.

What happens when you unplug a fuel pressure regulator?

Can a bad fuel pressure regulator cause no start?

One of the symptoms of a bad fuel pressure regulator is that the engine will misfire. But beyond that, the engine of the car will also stall and not start. Regardless of how many times you try to start the engine it will come one and go off immediately then cease power.

How can you clean a fuel pressure regulator?

To start, you need to remove the fuel pressure regulator, clean it, and then reinstall it into place. To clean your fuel gauge regulator, follow these steps carefully:

Disconnect the negative battery cable, and remove the manifold assembly, and the vacuum line. Remove all these parts one after another to avoid damages.

In this process, you carefully remove the fuel pressure regulator retaining screw and the retainer bracket.

Carefully use a piece of rag to clean any fuel spillage and then pull the regulator from the fuel rail. After removing the regulator, also remove the o-ring from the vehicle.

After removing all these parts, you use another piece of rag or cloth to clean the parts removed. Clean them carefully to avoid damages of any sort.

Reinstall all the parts