Brake Disc: How it Works, Types, Problems, and Latest Prices 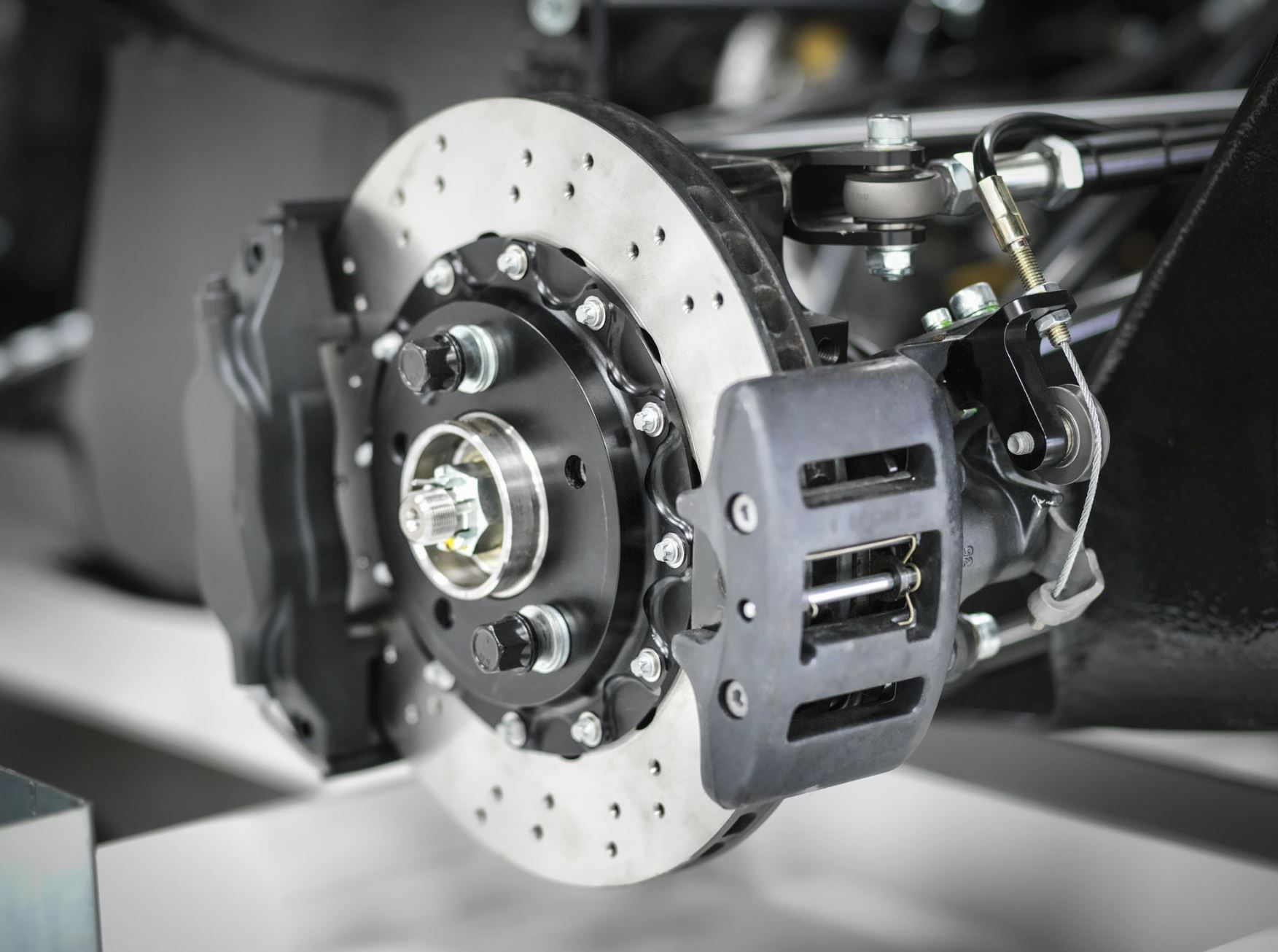 The brake disc is arguably an essential feature in every vehicle, primarily due to its singular ability to slow down or completely halt motion. The brake system generally comprises of over half a dozen components:

Brake discs, brake drum, master cylinder, brake booster, brake pedal, to mention only a few. In this article, however, we will discuss only the brake disc, and extensively so.

Over the year, mostly due to the miracle of technological advancement, vehicles' braking system has rapidly but steadily seen significant progress. The advent of cars with incredibly faster speeds, larger sizes, and weight, as well as the popping up of ever stringent safety standards, has gone a long way to necessitate topnotch performance from vehicle parts.

All of these have led to the invention of brake discs.

What is a brake disc?

Brake discs are also commonly known as brake rotors. They are a crucial component of the disc braking system of vehicles. They comprise metal rotors attached to the vehicles' wheels, which offer a good surface for the brake pads to work. Brake discs typically contain iron or carbon composite.

It is attached to the vehicle's suspension and is gripped by the brake pads, which hold firmly in brake calipers. The friction generated by the meeting of brake discs and brake pads brings about the brake force that slows down the vehicle.

The brake discs were invented in the 1890s and are currently the best in the automobile industry. Nowadays, every vehicle seen as modern must have brake discs on its front wheels.

How does a brake disc work?

At this point, a brake torque, otherwise known as brake force, is built. Hydraulically, the generated torque will transmit to the wheel hub, from where it moves to the wheel rim. In the process, the vehicle's kinetic energy converts into heat energy due to friction, which comes from the meeting between the brake pads and the disc.

Detailed diagram showing all components[/caption]It's important to note that there's an alternative to brake discs in the form of the brake drum. Although no longer popular, some vehicles still use them even today. Due to their several disadvantages, they are generally less efficient than brake discs. Its low cost is the primary reason many, especially those in the trucking and haulage industry, still use them. Kindly read our article on the brake drum to understand how it operates.

Members of the brake disc[/caption]The brake discs setup comprises three main components: brake pads, the caliper (which houses the piston), and the rotor.

Brake pads are fixed inside the brake caliper to be on either side of the discs. This positioning is to enable it effortlessly slide laterally to and fro the disc. The brake pads in any vehicle essentially consist of material built to a metal backing plate to aid friction. In the more recent brake pads design, noise-reducing shims additions are present in the metal backing plate.

With more distance covered, brake pads tend to begin wearing. One way to delay this inevitability is by ensuring that there is sufficient friction material in the brake pads. This observation is apparent when the car is leaving the production line. It's in the event of replacement that you will need to mindful of, in which case the vehicle manufacturers layout the minimum thickness of the friction material or lining.

There's usually a lubricated caliper guide pin that helps with the brake calipers' lateral movement. This seemingly inconsequential motion is necessary for the disc brake system to function correctly and efficiently.

The brake disc (rotor) is typically sitting on the hub. Its rotations are always in sync with those of the wheel. The friction between the brake pads and brake disc transforms the kinetic energy into heat energy during braking. The ventilated brake disc type is most suited for the dissipation of this heat.

Flat disc[/caption]This type is the standard brake disc. Its appearance is that of a smooth, flat disc. It comprises iron, which connects to the rotating axle spindle. Most everyday vehicles, especially the small ones, are fitted with flat brake discs because of their little weight making the brake disc type most suitable.

Another reason is that they are relatively easy to manufacture. One of their many advantages is the excellent braking power they possess, and this feature is a result of its large surface area, which makes contact with the brake pad. This incredible braking power's effectiveness can increasingly wane when it engages for extended periods. Also, heat, gas, and the waste from the friction material can come between the brake disc and brake pad.

It's essential to note that as the vehicle's weight and size increase, the disc bears' load correspondingly increases. The heat energy it generates also increases, consequently causing more problems for the available disc brake system. This excess heat will have to leave to prevent any damage it might cause. The inclusion of the vented design is needed to aid the brake disc in the dissipation of the excess heat.

Away from this, these discs are more efficient when it comes to temperature regulation than standard flat brake discs.

Drilled disc[/caption]Apart from the venting system, increasing the brake discs' surface area by drilling holes through them is another method for reducing heat energy. These holes offer an escape from the heat energy it generates from the brake pad's contact and the brake discs. Gas and waste materials too. In the process, a buildup on the contact surface becomes visible. Due to the absence of the drilled-out portion, the weight of the brake disc significantly drops.

This drop is the first advantage of drilled brake discs. There are, however, several negatives. The drilled-out holes can quickly become a crucible for collecting a buildup of waste materials and debris. They also have the propensity to become warped or cracked when subjected to high temperatures. The drilling is done in such a deft way that it doesn't interfere with the disc's integrity, but it does reduce its tolerance level of heat.

Grooved disc[/caption]This disc is also commonly called a Slotted brake disc. The grooves or slots are added to the disc to serve the same purpose as the drilled disc's drilling: they function to dispense the excess heat, gas effectively and waste friction materials.

However, it manages to do this without tampering with the brake disc's heat resistance capacity. The slots or grooves radiating out from the middle of the disc at a set angle so it can dispose of the waste in the process of the brake disc's rotation. A particular downside of this disc is its noise as the grooves make contact with the brake pads.

This brake disc emanates from the union of the Slotted disc and the Drilled disc. This origin helps to take advantage of them while using one to strike the downside of the other. Another compromise that can come from this is reducing the number of holes and the number of grooves to improve the heat resistance and dial down on the noise. To simply put, this hybridization maximizes the best of both types while minimizing their worst. This type is often an improved version of either of them.

Reducing the brake disc's weight without destroying its strength and resistance is the main reason for dimpling a  disc. The absence of holes or grooves on the brake disc's interior significantly reduces its ability to vent off the heat. The dimples leave just enough window for the friction material to escape.

Of all the types of discs, the waved edge disc is the latest one. Car manufacturers have started incorporating it into vehicles, particularly high-performance ones. It functions to effectively reduce the weight of the disc, especially unsprung weight. It does this without interfering with its strength, resistance, or performance. Waved edge disc has also been reportedly saying to control the temperature efficiently.

Common Problems with a Brake Disc

Brake discs can warp when there's excessive heat. This phenomenon is most common in heavy-duty vehicles. Its most notable symptom is the steering wheel's shaking when a brake initiates at high speed. However, rust can also cause rotors to warp, especially if the vehicles have been stationary for an extended period without driving.

This damage is by far the most common problem brake discs face. Rust is likely to set in when a vehicle is idle under the element for some time.

What is the price of a new brake disc?

The pricing for buying a new disc and completely replacing an old one is dependent on several factors, from the size of the vehicle to the type of brake disc to the brand of the car. But in any event, it doesn't cost so much. Anywhere between $200 and $1000 will more than cover it. There are also times when a simple servicing of the disc would do, e.g., rust. The amount it will take to carry out Servicing the brake disc of an average vehicle falls between $50 to $2000 for each axle. If you'd love to shop for brake discs, below are some products and their latest prices. You can purchase a brake disc online also.