Brake fluid: what it is, how it works, and FAQs 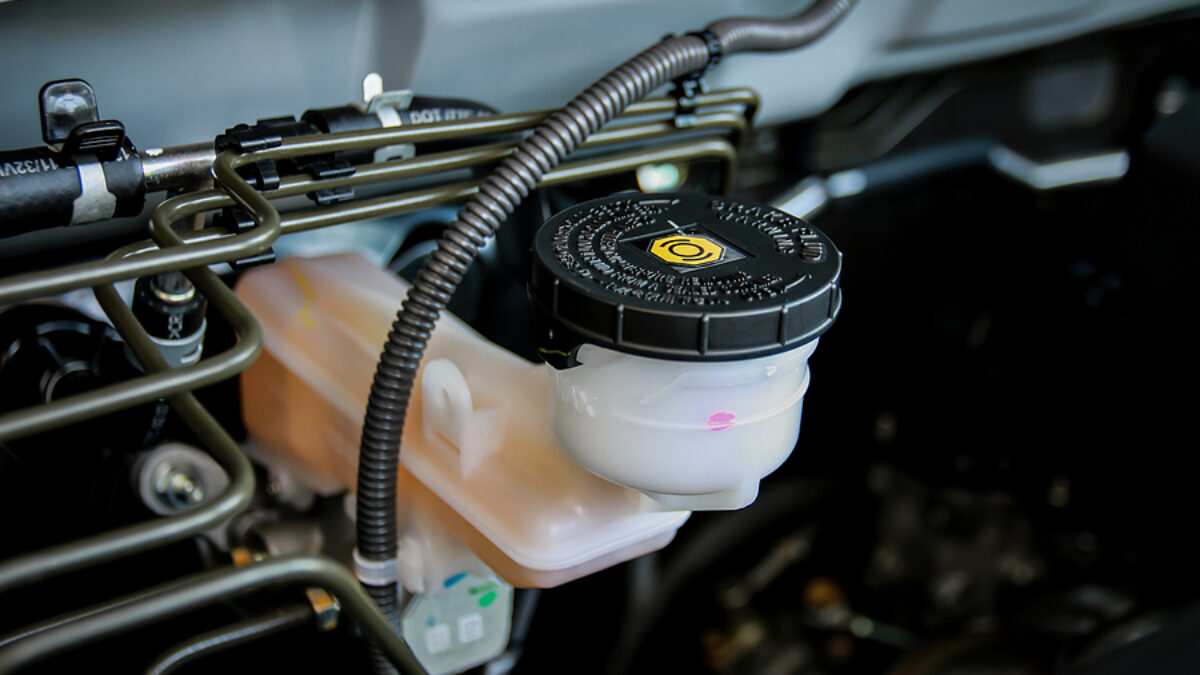 Machines, including vehicles, consist of small parts and large parts put together to make up the whole. Some of these parts, e.g., brake pads, turbochargers, brake discs, etc., are popular. Other less popular but not necessarily less critical components like the brake fluid are easily forgotten and, as a consequence, neglected. At the prompt of a mechanic or vehicle malfunction, people quickly replace components like brake drums, rotors, and brake pads, to mention only a few.

Only a handful of people bother to check the brake fluid, not to talk of replacing it. I have written this article to forestall such neglect. Nevertheless, it's also, in many ways, written for seasoned drivers, vehicle owners, and car technicians. It's one thing to know about a component in your vehicle. It's quite another thing to understand it: what it is, how it works, and more than half a dozen other questions that may arise around it.

Perhaps you have found yourself at a technical store, amazed by the abundance, and wondered which one suits your vehicle. Or maybe you're looking to improve on your current choice and don't know how to go about it. Caught between the container's fanciness and the price of the brand, you're at a loss. It doesn't have to be so, and this article is to make sure that.

What is brake fluid?

Simply put, brake fluid is a type of hydraulic fluid. It primarily functions to aid the movement of moving components within the braking system. Manufacturers often use them as chief components in the clutch and braking systems of vehicles. By transferring power to your vehicle's brake system, it sees to it that when you apply your foot to the brake pedal, your car comes to a halt. Its range of applications includes motorcycles, small vehicles, as well as light trucks.

With billions of vehicles on the road daily across the globe, you can imagine how important it is. More importantly, due to the high levels of stress and friction present during braking, the brake fluid must work optimally at all times, especially at incredibly high temperatures and pressures. This is why it's potentially dangerous to neglect it.

Instead, you should routinely check it and maintain it accordingly to ensure excellent braking performance. Brake fluid is instrumental to the functioning of your vehicle. Without it, a lot of things will go wrong. It's up to you to guard against anything that can reduce its quality (and consequently its performance), from moisture to the air. An optimally functioning brake fluid should maintain some particular properties, viz:

Lastly, if the fluid comes in contact with any rubber component in the brake system, it should not cause damage.

Brake fluid arguably raises the bar as one of the most overlooked components of a vehicle. As long as the brake system appears to be working fine, nobody pays any mind to the fluid. As you probably already know, this is a big mistake.

The fluid carries out the fundamental function of relaying foot pressure to the brake system. And like every subcomponent in every vehicle, the fluid has the way it works. When your foot presses down the brake pedal, the pressure generated in the brake system causes it to push the fluid down to your brake. As is the case with all hydraulic fluids, it's non-compressible. This series of events connects the brake pads onto the brake discs fixed to the wheel hubs and spins along with the wheel.

Your car stops as a result. Summarily, as a hydraulic system, your vehicle's brake can't work in the absence of brake fluid. If there's no fluid, there will be no pressure, which will mean that there will be no brake. So, brake fluid is a big deal. Check on it. Maintain it. Fix it if there's a leakage or any other fault.

One, they are hygroscopic, which means that they tend to absorb water and, as such, need to be replaced every so often. Water is one of the elements that may reduce the efficiency of the brake system. Two, the content is corrosive to the painted surfaces and, as such, should be handled with great care.

On the other, silicone-based fluid have neither of the problems listed above.  Also, it compresses more readily than glycol-based fluid. It has a wet boiling point of 185C (364F).

DOT 3 is glycol-based fluid, and as such, it's hygroscopic. As reported by the Society of Automotive Engineers (SAE) studies, DOT 3 can absorb moisture which is roughly 2 % of its total water per volume. This overtime absorption can eventually lead to the brake system's corrosion, resulting in vapor-lock and spongy pedal issues. DOT 3 is the most widely used fluid in domestic vehicles and trucks. Always look through your handbook for guidance.

Unlike DOT 3, DOT 4 doesn't quite absorb moisture as fast. DOT 4 is made for every vehicle, and it has a higher boiling than DOT 3. Even though DOT 3 and DOT 4 are said to be interchangeable, it's, however, best to avoid it interchanging them. Don't put DOT 3 fluid into a brake system that already has DOT 4, and vice versa.DOT 4 fluid is the favorite when it comes to street and other high-performance applications.

With a boiling point of more than 500C, DOT 5.1 is also a glycol-based brake fluid. Unlike DOT 5, DOT 5.1 can be interchanged with either DOT 3 or DOT 4. Out of the four types of fluid discussed in this article, DOT 5.1 has the single highest noted boiling point. It's this quality that makes it the most suitable fluid for heavy-duty vehicles and other high-performance applications.

DOT 5, which is also referred to as synthetic brake fluid, is a silicone-based fluid. Its primary quality, one in which it differs from DOT 3 and DOT 4, is that it doesn't absorb moisture. Another quality is that it isn't corrosive to paint of car surface and other brake components.

This feature makes it a great choice for the manufacturers, mechanics, and vehicle owners to stay for a long period. With high-pressure capacity, silicon-based fluid has its shortcomings. The first is their tendency to expand more than are compressed. This phenomenon causes the brake pedal to feel spongy. Unlike DOT 3 and DOT 4 that are interchangeable, DOT 5 cannot be interchanged with any other brake fluid type.

The physical characteristics that differentiate DOT 5 from other fluids are its violet tint color.

Which brake fluid is the best?

Ultimately, the fluid's choice to use for your vehicle is up to you or to anyone you trust to decide for you. It's important to compare and contrast before you choose. For instance, since it's important for brake fluid to remain liquid and not boil off into a gas, you may want to pick a fluid with a high boiling point.

‍How Much Does It Cost To Replace Brake Pads and Rotors: Front & Rear

How often should you change brake fluid?

How to go about this is often written in the manual that comes with your manufacturer's vehicle. If you read, you will see extensive details on some mileage-based and time-based actions that you can carry out on your vehicle. This will include fluid change.

In any case, you can adopt once every one to two years as the typical rule of thumb. Brake fluid will typically go from clear light-brown to a darker shade. Moisture contamination usually causes this. When this is noticed, it may just be time to change the fluid. Preventing moisture contamination will increase the fluid's lifespan and preserve the other parts of the brake system.

Can you change it yourself?

Yea, you can. However, it's advisable to employ the help of a professional mechanic to change the fluid. There are reasons for this. First, you have to completely drain off the old fluid from the brake system, this will require considerable expertise to pull off.

Second, some brake liquid types must not mix and take a seasoned expert to know one from the other. So, if you must do it yourself, ensure you're armed with basic principles. For instance, reading this article is a great start.

DOT is an abbreviation, and it translates to the Department of Transportation, the federal government transport authority in the United States. The Department of Transportation oversees everything that has to do with transport in the United States. An example is setting, and monitoring set standards for acceptable performance of different types of fluid.

What is the meaning of brake fluid DOT ratings?

DOT rating is a number given by the Department of Defence to all types of brake fluid. It's based on the dry and wet boiling points of the liquids. As a rule, the higher the DOT rating, the higher the boiling point, and as a result, the longer the lifespan of the fluid. When in doubt of which type of fluid to use, please refer to your car's manual. Always.

Can you mix one type of brake fluid with another?

Yes, you can. But it should be noted that you can do this for glycol-based ones. DOT 3 with DOT 4, and DOT 5.1 with either DOT 3 or DOT 4. DOT 5 should never be mixed with anyone. Modern vehicles come fitted with cross-compatible systems to help dial-down down the negative effect of mixing fluid.

However, it's advisable not to avoid mixing as much as possible, even among glycol-based fluids. One reason for this is to avoid very likely moisture contamination. Another reason is optimum performance. Vehicles with single types of fluids tend to perform better generally.

What is boiling point temperature?

This is the temperature at which the brake fluid boils. It's typically between 140℃ and 300℃.

Why is a low boiling point not good?

During a particularly tasking drive, the temperature of the brake pads can go over 300℃. This high temperature passes onto the fluid via the brake calipers, increasing the fluid's temperature to more than 200℃. If this is repeated, the fluid soon passes over its low boiling point. Some of the fluid then turn into gas and forms bubbles along the brake lines. This can lead to a vapor lock. The brake systems stop working altogether.

What is percent water by volume?

This is the measure of the moisture content present in brake fluid. It's common with glycol-based fluids, which are hygroscopic by nature.

What is the volume required for fluid replacement?

Between 800ml and 1L is enough for light-duty vehicles.

As overlooked as brake fluid may be, they are critical to any vehicle's overall functioning. As other vehicle components get the necessary attention, maintenance and repairs, fluids should not be left out. To do that is to jeopardize the general welfare of the car.