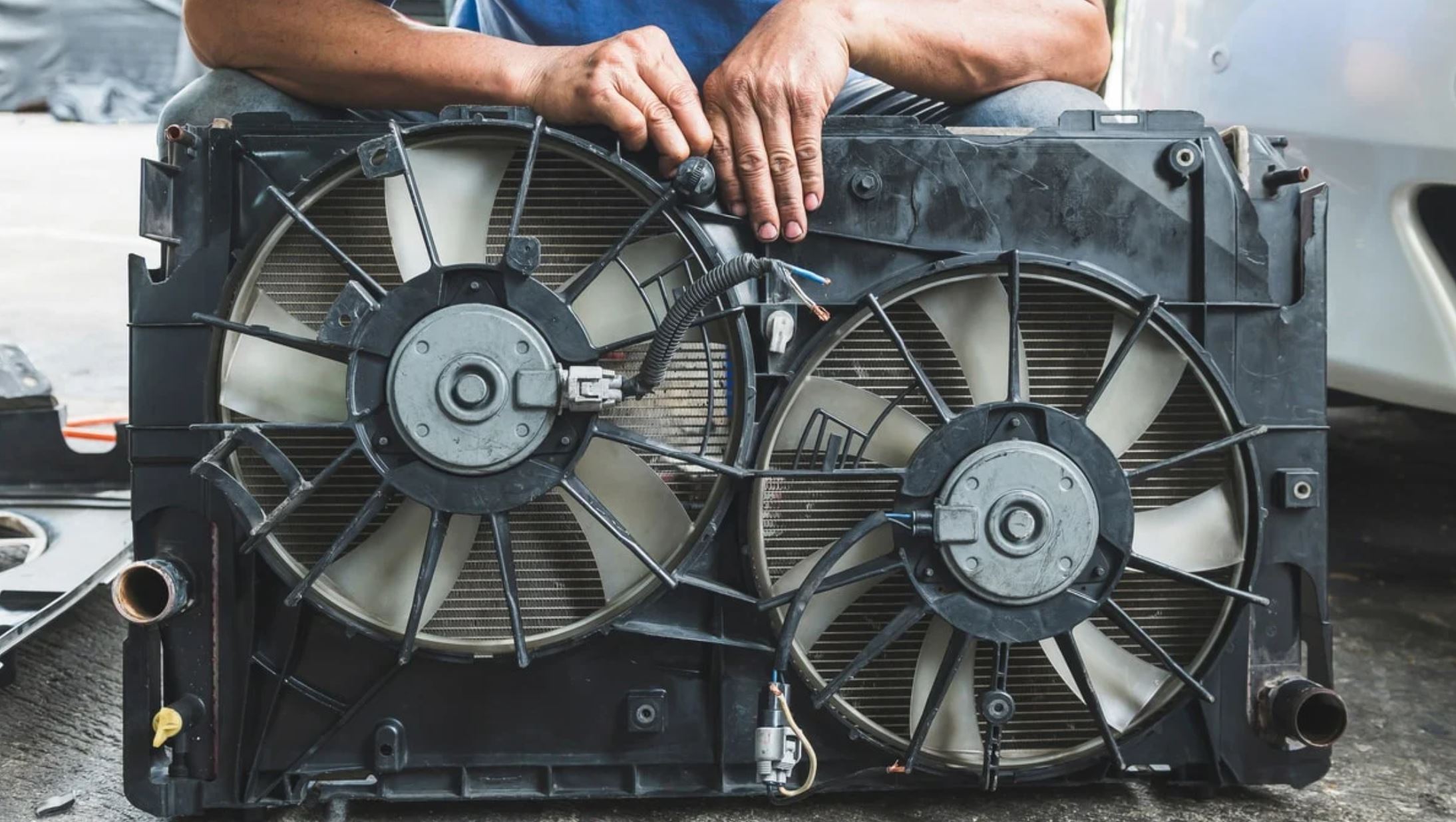 A car radiator fan stands as a vital part of the car. The reason is that as a complex machine, a vehicle embodies several systems, subsystems, and components. These parts make up the entire vehicle and work together to make the car move from one point to the other while conveying load.

The car's workings generate a lot of heat as energy gets converted from one form to the other, and the radiator fan acts as the components that ensure that the car's intricate parts are cooled.

This type of radiator fan comes mostly with older, rear-wheel-drive cars. You will find them incorporated with an inbuilt clutch that allows the fan to stay idle whenever the engine is cold. Once the car engine begins to heat up again, the inbuilt clutch will start rotating to cool it down. It does this by its capability to detect the engine's temperature and act accordingly.Some modern trucks also use mechanical car radiator fan.

They are usually located around the water pump alley close to the car engine.

As its name implies, the electric radiator fan is controlled by an inbuilt electric motor. Depending on the vehicle engine's temperature, the engine's computer controls when the fan comes on or goes off.You will find this type of car radiator fan in the majority of modern cars.

The function of the car radiator fan

As a result of this, the air is prevented from flowing in from the environment.In the past, engine-driven fans were popular, but they had a crucial flaw; they slowed down when needed the most. The reason is that when the vehicle slows down or stands still, the fan drops in its rotation speed.As a result of this, the electric cooling radiator was manufactured to replace the engine-driven ones.

These new types come on and go off based on the internal temperature of the vehicle.Finally, please note that a faulty or failing car radiator fan can lead to your engine overheating.

Workings of a car radiator fan

Now that we understand the location and function of a radiator fan let us look at how it works.

As the grease expands, the thermos-reactive clutches become connected, and the fan comes on. The clutches are bolted to the engine's water pump, and they make use of seals and shaft bearings to retain the grease.This type of car radiator fan has a high chance of failure due to its workings mechanism. There are two ways it can fail, and the first being the possibility of locking up.

Failure of this sort would directly cause a loud, whirring sound and poor mileage. The second failure occurs as a result of the silicone grease leakage. This failure causes the fan to pull air through the radiator, making it impossible to cool the car.

The coolant sensor monitors the temperature of the engine's coolant. However, coolant sludge is a sure indicator of a broken radiator; replace it as soon as possible.

The coolant sensor alerts the radiator fan whenever the temperature rises above normal levels. It does this by sending a signal to close the fan's control relay. The relay is, in turn, protected by a circuit fuse.

Signs and symptoms of a faulty car radiator fan

Overheating of the vehicle

However, engine overheating can result from several other factors, so be sure to let your mechanic take a look. These factors include a faulty torque converter or a damaged torque converter clutch solenoid. Check out our articles on these topics.

Car radiator fan not coming on

This symptom remains the most common sign of a failing or damaged radiator fan. Whenever the fan motor burns out, it becomes incapable of turning the blades of the fan. As a result of this, the radiator will not generate airflow to cool the car.

If the fuse in the radiator fan's circuit gets blown, the fan will not come on. Sudden surge or failure of the fan's motor can blow a fuse. The fuse gets blown in a bid to prevent further damage to the rest of the system due to unexpected electrical surges.

Here, you will find the major points picked from the entire article if you are in a rush.