How long does it take to charge an electric car? 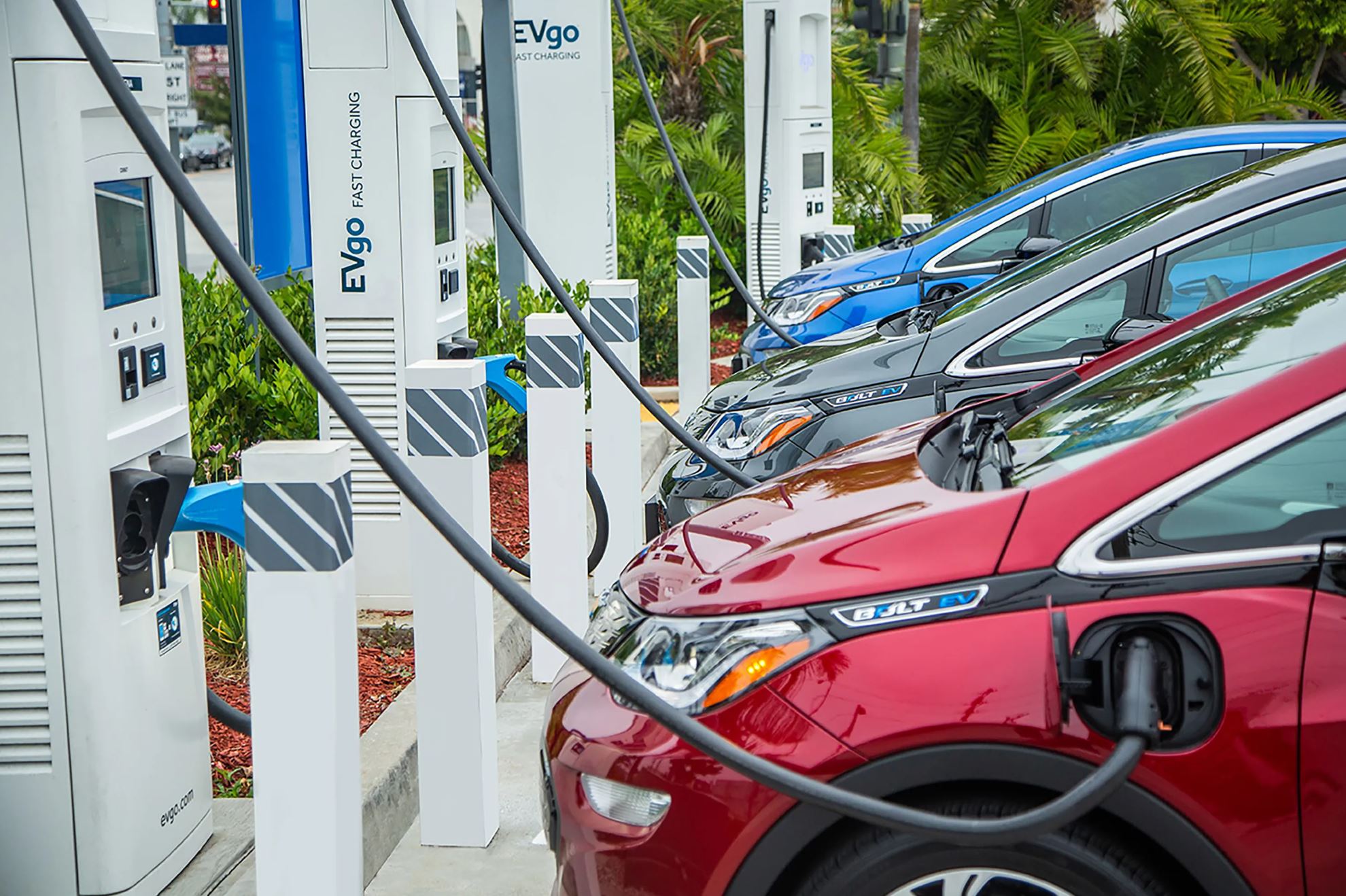 The charging feature of electric cars remains a factor that discourages people who are used to battery-powered vehicles. They see it as something tedious instead of merely going to the gas station to refuel your car. However, knowing how long it takes to charge an electric car might not, in some cases, help put the customer's mind to rest.

Battery charging and the stages involved

In simplified terms, charging a battery refers to putting energy into it by forcing an electric current through the battery. There are three categories of battery chargers based on the amount of charging stages; these categories are the 3-stage, 6-stage, and 9-stage chargers.

This stage begins when you plugged the charger in; this stage accesses the battery identity and applies the required voltage. It occurs for a significant part of the battery charging.

Absorption charging starts once the battery charges to approximately 80% of its capacity. When this stage kicks in, the current sent into the battery begins to reduce. Because of this reason, most people call it the cool-down cycle.

Maintenance charge is the final cycle for 3-stage battery chargers; also known as the float or trickle charge. It kicks in when the battery reaches 95% of its capacity and begins to supply a steady current until the battery gets full. Once the battery is 100%, the charger continues to monitor it and will apply a charge if the battery drops below 100%.

The six stages involved with this type of charger are soft-start, bulk charging, absorption, check stage, reconditioning, and maintenance.

Soft-start exists to protect the battery better while optimizing the charging process. This stage applies a current for a slow charge to the battery; the current then ramp up with time. After some time, the charger shifts into the next stage.

The bulk charge stage remains the same as that of the 3-stage chargers. The battery gets identified by the charger, and high voltage gets applied for the charging's central part.

Absorption charging occurs at the moment the battery charges to 80% of its capacity. Once this stage begins, the charger reduces the current sent into the battery.

The check stage, also known as the evaluation stage, acts as the last mode for diagnosing the battery. This stage checks to ensure that the battery is still at optimal health and condition.

The function of the reconditioning cycle is to de-sulfate the battery. This action facilitates the finalization of the charging process.

As the last cycle, the maintenance charge kicks in when the battery charges to 95% of its capacity. When this occurs, the charger doesn't stop the current supply; instead, it continues to apply a steady current. This current continues charging the battery till it gets to 100%, after which the charger monitors the battery.

As the first stage, the charger runs a battery diagnosis to determine its charge, overall health, and condition.

This stage only comes into play if the battery is severely depleted; if not, the step is skipped. When this stage occurs, the charger spends some time restoring the battery before moving to the next step.

The charger begins to apply a slow charge that ramps up with time. It does this to protect the battery and optimize the charging process.

The recondition stage helps in preparing the battery for the bulk charging stage. It also wraps up the recovery stage.

The charger begins to reduce the current applied to the battery as soon as it gets to 80%. People also refer to the absorption cycle as the cool-down cycle.

Maintenance charge comes into play when the battery gets to 95%; it is also known as float or trickle charge. The reason is that as the battery nears 100%, the charger reduces the applied current. After the battery reaches 100%, the charger switches to monitoring it and applying a charge if the charge level drops. By the way, you might experience a time when you need to give your battery a quick fix, I have written an article that will guide you on that. Check out my article on how to fix a car battery.

How long does it take to charge an electric car?

There is no fixed or standard answer to the question; several factors affect the time it takes for an EV to charge fully. Factors like car models, power source, charger capacity, charger type, and even length of charging cable affect charging duration. In subsequent sections, I will explain these factors, but in this section, I will cover the information available on outlets' charging capacities.

Starting with the lowest on the ladder, we have the standard 120-volt outlet. While it adds a few miles of range every hour, it is mostly sufficient for the vehicle to run during the day. Most electric car owners charge their cars overnight while they sleep, so the speed of charging doesn't bother them.

Some charge their vehicles while they are working. With the standard 120-volt outlet and considering the extension cord's length, a Volkswagen e-Golf might take up to 12 hours for 50 miles of range. The range is more than enough for most EV (Electric vehicle) owners.

Another good thing about charging an electric car is that it can be scheduled and programmed to charge for a given period. Level 2 chargers are mostly used at restaurants, workplaces, and other public places where chargers are shared. That doesn't mean they can't be installed at home. However, the cost of installation is expensive, a few hundred to a couple of thousand dollars.

Several factors determine how long it takes to charge electric vehicles; there are two that stand as significant factors. The main elements are charger capacity and a power source.

Please do not mistake the car charger for the gadget you plug into your car to charge it. Instead, there is an installed battery charger inside the EV. The installed battery charger converts the alternating current from the outlet to the direct current that charges the car battery. These chargers come with their personalized power ratings, always in kilowatts most of the time.

For example, take a 10kW charger for a 100 kWh battery pack; in theory, the car will require 10 hours to charge its depleted battery fully. To calculate the amount of time it would take to charge a particular electric vehicle, take the following steps.

The calculation above assumes that the power source has the capability of maximizing the chargers. Standard onboard chargers have about 6.0 kilowatts at the very least, but you can find manufacturers that offer twice of that. The Tesla Model 3 Performance, for example, has a charger with an 11.5kW rating. It can fully utilize a 240-volt outlet and 50-amp circuit to charge its battery with an 80.5kWh power rating.

Also, the Model 3 Standard Plus fitted with a charger of a 7.6kW power rating. While it will take roughly the same duration to charge both car batteries fully, the performance model's battery still offers 50% extra.

Some parts concerning power source were covered under the how long it took to charge an electric car section. Nevertheless, other details will be covered in this section. It is advisable to install a 240-volt level 2 (40 amps) in your home as the minimum.

The reason is that having a level 1 (120 volts) for charging your electric vehicle is not optimal. You can understand it better by relating the scenario to filling a 50-gallon barrel using a squirt gun. In case you want the shortest charging time possible, a DC (direct current) fast charger is the answer.

An example of a DC fast charger is the Tesla V3 superchargers; they deliver about 250Kw.However, the speed of charging gets regulated based on the battery's SoC (state of charge), as explained earlier. Whenever the battery drops below 20% or rises above 80%, its charging rate is considerably reduced. Electric vehicles also have varying capabilities when it comes to accepting DC charging.

An example is the Chevy Bolt electric vehicle that can manage 50kW than the Porsche Taycan that can receive up to 270 kW.

Manufacturers of electric vehicles are aware of potential buyers' hesitation because of the time involved in charging vehicles. The fact that it's a feature people come around to get used to doesn't prevent them from having hesitations.

Steps have been taken to address this issue, and the next couple of years will yield better and more improved charging duration in addition to lower vehicle prices. Issues tackled and improved upon include vehicle ranges, prices (to compete with battery-powered cars), and charging times. Nevertheless, electric vehicles are environmentally friendly, which is a point in their favor.

But that doesn't change the disposition of the majority to them.

You might not have the time to go through the whole article. This section takes care of that by pointing out the essential things you need to know.

To calculate the amount of time it would take to charge a particular electric vehicle, take the following steps.