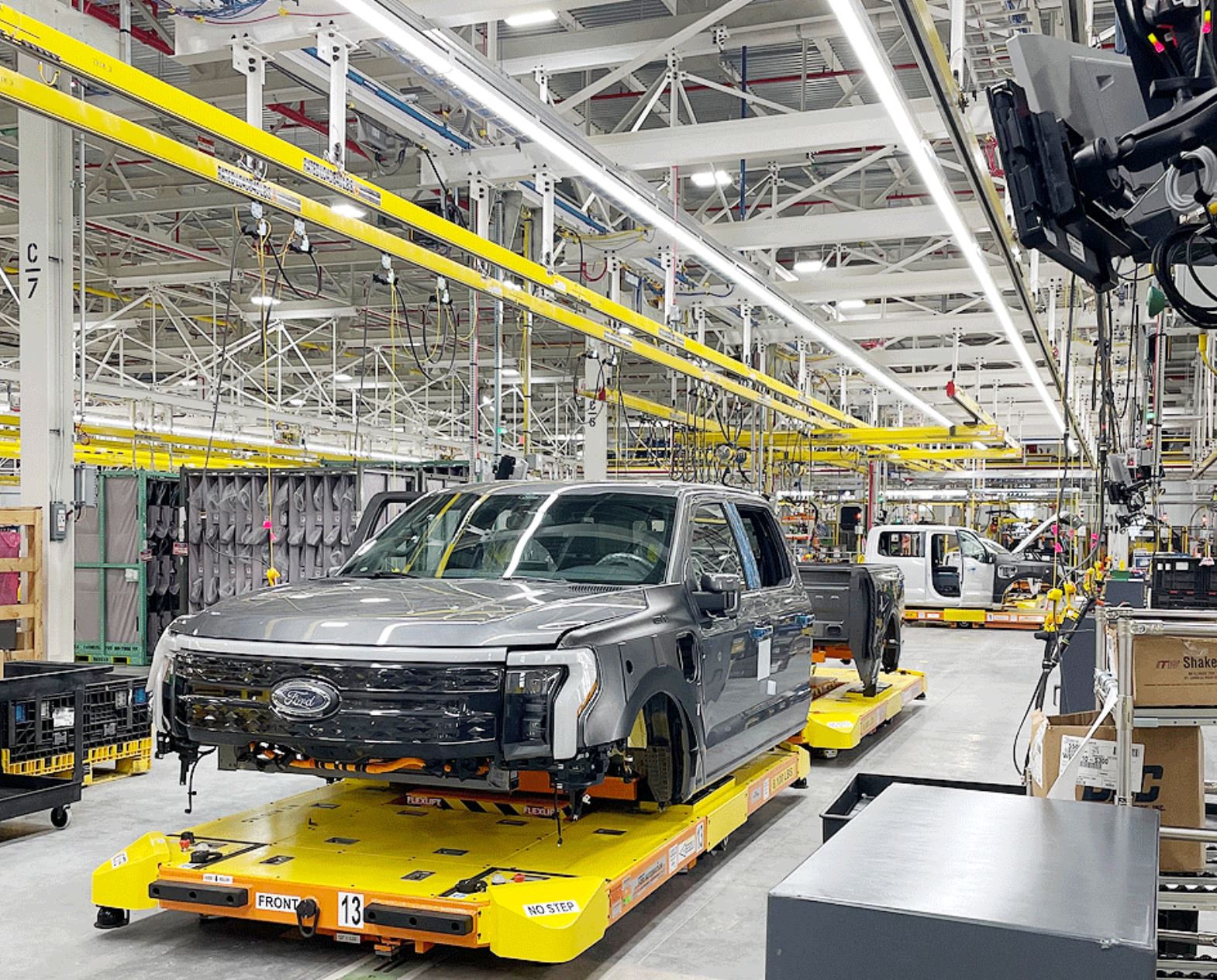 Ford F-150s have been the bestselling truck in the United States for quite a few years now. It seems as if the F-150s model is truck users' favorite one. There are various reasons why truck buyers prefer this model over others.Let's dive in and learn where this amazing truck is being manufactured and why people like it!

The Brilliance Of The Ford F-150s

Where Is Ford F-150s Being Manufactured?

Unsurprisingly, every Ford F-150 is being manufactured in the United States. They are made at Ford's plants in Claycomo, Missouri, and Dearborn, Michigan. Because all of the Ford F-150s are being exclusively made in the United States of America, it has created a brand image for the F-150s as an American truck.

Where Are The F-150s Made For The United States Market?

As previously mentioned, one is the Ford plant in Dearborn, Michigan, and another being the production plant in Claycomo, Missouri.The Ford F-150s can also be classified as probably the most American-built truck since almost all of the Ford F-150s parts come from the Ford plants in America. This claim can be further backed by its multiple appearances in the American-made category of Cars.com.

If you are willing to purchase the best Ford F-150 accessories, make sure to click here. The best deals are waiting for you!

Are The Ford F-150s Assembled In The United States?

Is It Possible To Check Where An Individual Ford F-150s Was Made?

Yes, as a matter of fact, you can check where a specific Ford F-150 was made. One way you can check is through the Vehicle Identification Number. The Vehicle Identification Number, also known as VIN, consists of a total of 17 random characters that can help you check the information you need about your Ford F-150.The VIN can let you know the exact location and date about where and when the truck was manufactured.

It will also have a code that will tell you about which assembly plant that Ford F-150s comes from. You can look for the F-150s VIN at the driver's side door jamb.Most people worldwide have a common misconception regarding Ford's production. They believe that there are Ford vehicles out there that are Japanese and European-made. Is that true? Let's find out.

Are there Any Japanese Or European-Made F-150s?

As mentioned above as well, currently, Ford only produces its F-150s trucks in the United States. There are no Japanese or European-made F-150s as of now. As a result, we cannot make any comparisons about which one is better. The rumors make people believe that there are Japanese and European models of the Ford F150 market. However, at the moment there is no evidence of Ford having Japanese and European models.

By the way, if you would like to learn whether F-150 is better than F-250, check out our other blog post here.

One of the fascinating things about the Ford F150 is its amazing design. In fact, it is the design of this wonderful vehicle that makes it stand out among its other counterparts.But, do you know where the Ford F-150s design location is? Let's check it now.All of the designers that work on Ford’s F-150 are working at Ford’s production headquarter in Dearborn, Michigan.

In addition to this, the production headquarter at Dearborn, Michigan, has a design studio facility at its product development center. This is where all the designers are working on the F-150s interior.Speaking of the interior design, check out which are the best car floors for  F-150.One of the designers that are working on the latest 2021 Ford F-150 model is Josh Henry.

Josh is a senior designer at Ford who is the one handling the exterior design of the F-150s. In addition, the designer who is in charge of the interior design of the truck is Rob Brancheau.Talking about the designs of the Ford F150, why don't you get a cover for your vehicle. It will protect your vehicle from dust and rain while you are not using it. Click here for the best covers at the most reasonable prices.

F-150s and Other Markets Outside the US

Ford used to produce the F-150s for the Canadian truck market at its plant in Oakville, Ontario. In 2007, Ford decided to stop producing the F-150s in Canada and permanently changed the production location to Dearborn, Michigan. It has been the same location for Canada’s F-150s production ever since.

However, keep in mind that if you decide to purchase the Ford F-150 from Performax, you will have to wait several months before the truck arrives at your door.

Again, because the American Ford automaker doesn’t produce any Ford F-150s for the right-hand drive countries, they don’t sell them in the United Kingdom. As mentioned above as well, you can import them to the UK from the United States.

Is Ford Changing Its Production Location For The F-150s?

To deny these speculations, Ford's company executives have come forward and told that the company is determined to keep making its vehicles in the United States. Therefore, we can conclude that Ford will not change its production location for the F-150s, at least for now.If you already have F-150, you might want to check out here which are the best car tires for this particular model.

Is Ford firing its employees?

Many people have been wondering whether Ford is one of those companies that has been firing its employees as a result of the COVID-19 pandemic or whether Ford is actually hiring new people.Unfortunately, Ford has announced that they are planning to let go about 1,400 of their employees in the United States in 2021.The pandemic has resulted in the loss of sales for Ford.

Another reason is a part of their five-year cost-cutting measure that will ensure them to increase profits. Ford is still hiring in the United States, according to Glassdoor and Indeed.com.

Is Ford Actually An American-made Company?

Yes, as a matter of fact, Ford is an American company. Ford first started as an American car-making company in 1903 when they started some operations under the leadership of Ford's founder, Henry Ford; ever since Ford has always been an important part of American car production.Considering this, it is not hard to guess that not only Ford has been one of America’s biggest car-making companies, but it has definitely helped in boosting the American economy.

Moreover, Ford has also been one of the biggest employers of American workers in the automotive market.Oh, and if you are a die-hard fan of Ford, you may consider buying Ford Key Fob Cover. You can purchase this fantastic product by clicking here.

One thing to remember is that Ford F-150s are only available in the US. For now, there are no plans to start manufacturing and production in other countries. However, you can purchase from the US and import them to other countries.Another key takeaway is that Ford has not yet decided to sell their F-150s to countries where they drive the car on the right-hand drive.

However, people from such countries can still import the trucks and convert them to right-hand drive.If you want to find out where your Ford has been manufactured exactly, you should just go through the VIN (Vehicle Identification Number).

Ford also came out addressing all the speculations about them changing their production location to Mexico. Ford’s company executives have denied these claims.Hopefully, this blog post has cleared all your doubts regarding where Ford is being manufactured, however, if you would like to learn more about Ford, check out our other Ford-related blog posts.

They are listed under our Ford category. Good luck!