How to fix a car battery - 4 easy methods 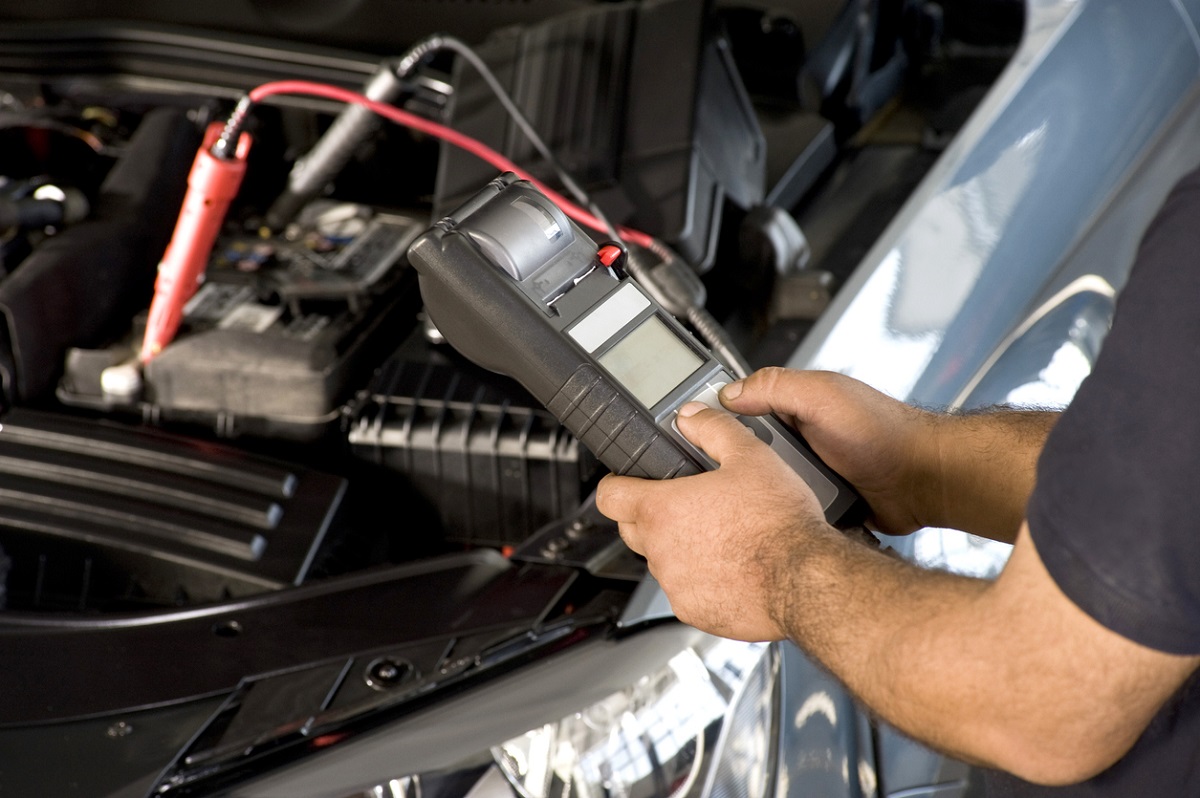 A car battery is the part of the car that enables it to start up as soon as you turn the key in the ignition. As important as this part of the vehicle is, it is expensive to replace once it stops working. This article will enlighten you on 4 ways to fix a car battery so you can get more out of the battery.

The following processes can help fix a car battery

In a moment, we will dive into the explanation for the various ways to fix a car battery. Before that, let us understand how a car battery works and how it dies.

Structure of a car battery

To better understand the mechanism behind the process of fixing a car battery, let's look at the battery's components. A standard car battery is made up of the following components

Sulfuric acid (H2SO4) and distilled water form the highly purified solution known as battery acid. The solution is usually 30% - 50% sulfuric acid in water and always around a concentration of 4.2 – 5 mol/L.

These are the two points on the battery that interacts with the vehicle's electrical system. Battery terminals are connected to the positive and negative straps of the end cells. They are metal clamping devices with high conductivity because of their function.

Also, types of terminals are based on battery polarity, forms of the compound, installation diagrams, and manufacture material.

These exist to allow electrical connection to both terminals. You will find the cast-on straps welded on the top of the terminals.

This part of the battery separates the positive and negative plates from each other. It is made of polyethylene material.

A lead oxide (PbO2) active material is used to make the metal grid that acts as the battery's positive plate.

The metal grid that functions as the battery's negative plate is made of spongy lead (Pb) active material.

This is a lead oxide mixture that sticks to the positive and negative plates. It creates both sponge lead and lead oxide.

Casing for the battery

The battery case acts as the container for every other part of the battery. Manufactured using polypropylene resin, it houses the battery plates, the electrolyte (battery acid), and minimizes vibration impact.

How a battery works

In addition to the above, positive and negative plates are separated by a semi-permeable barrier called the battery separator. The current generated by the battery is, in turn, used to start the car engine.

How a battery dies

An average car battery's lifespan sits at around 4 – 7 years. The latter being the case with a well-maintained and optimally utilized battery. Despite this, there are a couple of things that reduce the life of a car battery. While most of them can be prevented, other things cannot be avoided. When a car battery is used, electrons flow from the negative plate to the positive plate, and both vessels gradually become chemically similar.

Charging the battery reverses this process, resulting in soft battery sulfation. Leaving the battery in a discharged state for long periods will result in hard sulfation, which leads to the formation of sulfate crystals. These crystals gradually reduce the surface area available for the chemical reaction that generates currents. Because of this occurrence, the ability of the battery to charge and discharge becomes diminished.

Sooner or later, the sulfate crystals will spread to a point where they lead to short circuits and cracks inside the battery. When a car battery dies, it becomes unable to hold a charge and ultimately cannot start a car any longer.

Reversing hard sulfation is impossible regardless of any product or manufacturer claiming to achieve this feat. Nevertheless, there are a couple of things that you can do to get back on the road.

However, once you start your vehicle using any of these methods, please do not turn it off until you have a new car battery. The reason is that the options provided below will end the battery's life.

How to fix a car battery

This method involves adding distilled water to the acidic solution inside the battery case. Your first step should be measuring the faulty battery, topping it off with distilled water. The added liquid serves to activate the acid so the battery can yield more voltage. While this method will allow the battery to start the engine a few more times, it works best if the battery solution was noticeably reduced.

Because the addition of distilled water raises the volume of the battery solution, it creates a larger surface area for reactions to occur. If the acid spilled before battery inefficiency, add the right volume of missing sulfuric acid. However, if it's a simple addition of distilled water, make sure to charge the battery after. The charging process will begin the required chemical reaction.

Jumpstarting the car battery works best for emergencies as your battery will not be receiving any charge. However, never try to jumpstart a frozen battery; it will most likely explode. After successfully jumpstarting the battery, do not turn your engine off until you replace your battery.

To carry out the process of jumpstarting, you will need a second battery, jumper cables, battery booster, or make use of a second vehicle. The process starts with putting both vehicles in Neutral or Park, then shut off both cars' ignition.

Once done, find an unpainted metal surface anywhere on your not close to the battery and attach the last black clip there. Now, start the right vehicle and its engine run for a couple of minutes, then attempt to start your car. If it works, do not turn off your engine. Driving around for about 20 minutes should try to charge your battery.

If the battery fails to start your car next time, you have to replace it.

Adding Epsom salt, also known as magnesium sulfate, to the electrolyte mix can make it reactive enough to generate the required charge for starting your engine. You will find Epsom salt (MgSO4) in drug stores, home gardening centers, and even grocery stores.

To use Epsom salt, dissolve 1-part magnesium sulfate in 3 parts warm water, now add the solution to individual cells till all plates are immersed in 0.25 to 0.5 electrolyte. You should note that after using the Epsom salt to start your car, you should get a replacement as the battery will only give the last effort and then die. Find out other uses of Epsom salt here.

Making use of Aspirin

In a case where you've got no Epsom salt close at hand, Aspirin can do the trick. Also known as Acetylsalicylic acid, dissolving it in water and adding it to the battery solution will allow the battery to squeeze out the needed voltage. Get about 12 Aspirin tablets (325mg or 500mg), crush them, and dissolve around 6oz of warm water. Add equal amounts of the solution to the battery's cell, then add extra water to ensure that the plates are well covered.

However, the warning remains the same as when using Epsom salt; get a replacement after. The battery will only give your vehicle one last start. This method works in emergencies, don't use it as a first choice to fix a car battery.

The only effective remedy to a dead battery is to prevent it in the first place. Below, you will find the ideal practices to help your car battery live longer and perform better.

The following steps are based on helping you maintain your car or truck battery.

When your battery is in storage, say for an extended period, the best way to prevent chemical damage is to check its voltage regularly. You should make sure that its voltage does not drop below 12.4 volts. You can achieve this by using a maintenance charger. In cases where you do not have access to a maintenance charger, do well to disconnect the battery from the vehicle by separating the terminals.

This action prevents the car from discharging the battery. To better protect your car battery, you can make a battery box to house it. Check this article I have written on how to build a battery box.

How to disconnect a car battery

To safely disconnect your car battery, ensure to take these safety steps.

Now, to disconnect your car battery, follow the steps highlighted below.

Disconnecting the negative terminal first helps to reduce the risk of sparks that can make a battery explode.

This section covers the main points for readers who are unable to read through the whole article.