Fuel gauge - the only guide you need 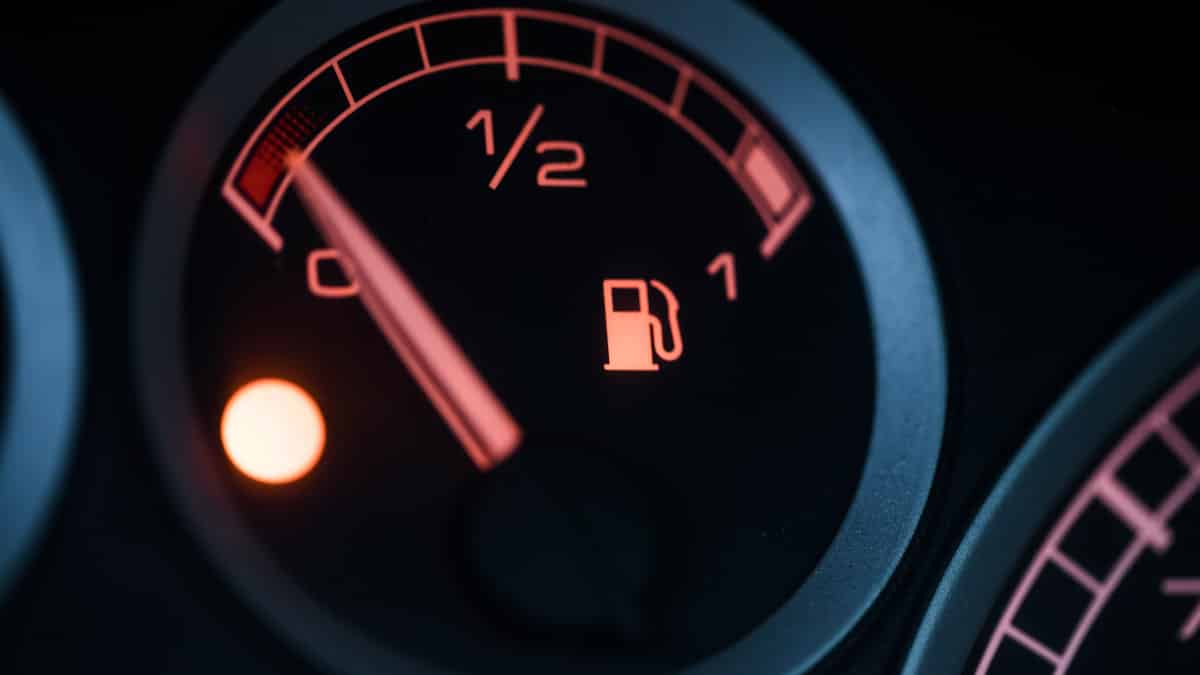 Running out of gas in the middle of the road can be exasperating or even running late for a meeting and realizing that you are out of fuel, can as well ruin your mood. Many people are used to understanding how a fuel gauge works; they know when their fuel tank is full or empty.

But what happens when your car’s fuel gauge is not working and you cannot figure out how to check your car’s fuel level? A gauge is one of the most essential parts of a vehicle, so knowing and understanding a gauge is important.

What is a fuel gauge?

A fuel gauge is a measuring instrument that is used to help determine the amount of fuel in an automobile or vehicle.  A gauge is made up of two parts, which are, the indicator and a sending unit. The indicator is the part of the gauge that is located on the dashboard of the car, while the sending unit is located in the fuel tank.

There are 3 types of fuel gauges that have ever been made up until today. They are Analogue resistance, Analogue magnetic, and electronic fuel gauges.

The amount of current that flows through the gauge is maintained by the ground circuit from the sending unit located in the fuel tank. Voltage is supplied by a voltage regulator in the instrument panel, which helps to reduce the circuit voltage to five volts. This voltage regulator also helps to supply the temperature and oil pressure gauges.

These types of fuel gauges were introduced in the late '80s as a replacement for the analog resistance gauge. The magnetic fuel gauges have a small magnet on the indicator needle.

The tank unit has a variable resistor, that its resistance floats from up to down. The floating is created by three coils, and when the car's ignition is switched on, current flows from the coils. The current then produces magnetic fields that control the fuel indicator needle in the gauge.

When the fuel level in the car is high, the resistance in the fuel sending unit is also high, and this magnetic force pulls the indicator needle to the right. But, as the fuel in the car reduces, the resistance in the sending unit reduces. The magnetic force also reduces and this pulls the indicator needle to the left to show that the fuel tank is almost empty and needs refueling.

The magnetic gauge is faster in reading the fuel level in a car, compared to the analog resistance gauge which can take up to two minutes to read.

But distinctly. In that, the sending unit can produce results based on the variable resistance ground path. The electronic gauge also displays vital information like fuel remaining, trip distance, average fuel economy, and more.

An electronic gauge also can show alerts to the car driver that the gauge system is faulty and needs fixing. Now that you understand the types of fuel gauges that there are, it’s time to also learn more about the most important component in a gauge system.

The fuel gauge sender is found in the fuel tank of a car. It is attached to a metal rod that measures the electrical flow of the car and also the fuel in the car. Once the fuel sender is not working, the fuel indicator will read wrongly.

How does the fuel gauge sender work?

This component also called the fuel sending unit is made of a float, which consists of foam attached to a very thin metal rod. The end of the metal rod is attached to a variable resistor that changes according to the position of the float.

The resistor is designed to resist the flow of electricity, so the more the resistance, the less the current that flows. The float is made to float on the surface of the fuel inside the car's fuel tank. As the level of the fuel in the tank reduces the position of the float changes and in turn, moves the resistor which controls the display on the fuel gauge.

When the fuel indicator needle is stuck on empty

The gauge keeps reading empty even after refueling the car, your fuel sender is faulty. If the float of the sender becomes separated from the arm, which is the metal rod, it can cause the fuel level to stay empty. Also, a faulty resistor can cause the fuel gauge to be stuck on empty.

When the indicator is stuck on full

Also, when the fuel sender becomes faulty, it also causes the fuel gauge to read empty. A faulty resistor can cause this likewise.

When the fuel gauge is inconsistent

Apart from ensuring the right mixture of air and fuel in the vehicle, this component has other importance. You can find out in this article written on the fuel pressure regulator.

The correct fuel pressure helps a car to run smoothly without any fault so that the power and fuel economy of a car is best optimized. If the fuel pressure in your car is too high, it means that your car has been over-fueled, and this can lead to many symptoms which in turn lead to damages.

Also, if the fuel pressure in a car is too low, your vehicle will lose its horsepower and the engine would stall.

How do fuel gauges work?

Fuel gauges have two markings, F for full and E for Empty. So, for a gauge to be reading or working properly, it has to read between the two markings. Some cars have ½ to show that a fuel tank is at half, but this marking is not common. The important thing to a car driver should be to know when a car is full and when it is becoming empty.

The gauge needs to measure the voltage across the resistor. But the resistor also has to show the amount of fuel in the car’s fuel tank. For a car to be able to read its fuel level properly, the fuel sender has to be working properly without fault. Since the sender moves vertically with the changing fuel level. As the car is in transit, the opposite end of the level moves across the resistor.

But when the warning signal starts, usually the fuel remaining can only travel 30km to 60km.Some recently developed cars using the electronic type of gauge with the LCD have updated display methods on the dashboard. An electronic processor receives the signal from the fuel sender and converts these signals to digital signals, which are displayed on the dashboard.

Reasons why your gauge is not working

The primary reason why your indicator is not working is that the fuel sender or fuel sending unit is faulty. There are other attributed reasons, but a faulty fuel sender is the main reason. So, if you notice that your gauge is messing up and cannot seem to read the fuel level properly, these listed reasons are why.

This reason is a primary one, as the fuel sender may have broken in the fuel tank or the parts may have become disjointed. The indicator will read the voltage information and show the fuel level as full, empty or the needle will become erratic.

A voltage may be absent in the fuel sending unit and the gauge will be unable to receive any motions from the voltage, as per normal. The constant movement of the sender against the resistor brings about voltage. And it is the voltage that sends the message to the gauge. Once there is a problem within these circuits, no voltage is produced, therefore causing the gauge to read wrongly.

The internal circuit consisting of the sender, the resistor, and the produced voltage may become faulty. Any one of these components may be open, thereby causing a short circuit. A short circuit will be unable to pass any information to the gauge.

Instrument clusters are made of fully integrated circuits and they sometimes have replaceable bulbs. If a bulb is bad, it, in turn, affects the gauge. If a gauge becomes bad from a faulty instrument cluster, then the whole unit has to be replaced. This reason is the most expensive reason to fix in a gauge.

Fixing a faulty indicator depends on why the gauge is not working in the first place. Also, the amount of money you spend depends on the reason behind the faulty gauge. To run a diagnostics on your car to know the exact problem, check if your car was made in the last 20 years. If yes, then you have to check the owner's manual for the instrument clusters self–test procedure.

This involves holding the odometer down, as you start the car's engine. This method helps to test the instrument's panel gauges and lights. During this method, the gauge should fluctuate between full and empty. If the indicator does not move at all, it shows that the gauge is faulty.

To fix a faulty fuel meter, it is best to take your car to an auto-workshop to get a professional to work on your car. This works better than fixing it for yourself and ending up with more complicated issues.A fuel sender is the most important part of a gauge and once it becomes faulty, the gauge develops a fault as well. Being another gauge important to vehicles, check out this article on the vacuum gauge.