What is a fuel rail pressure sensor? 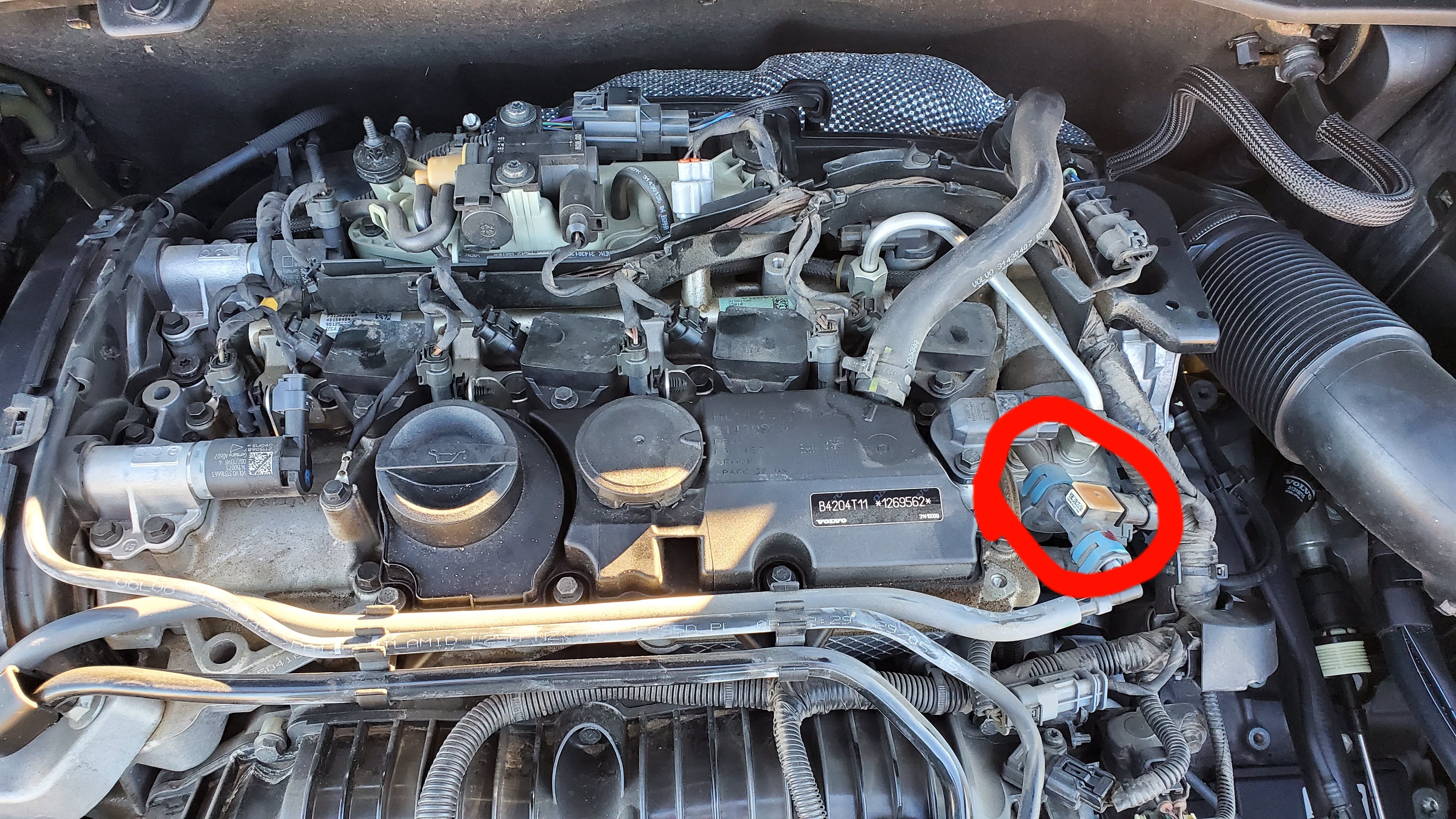 ‍Using the information gotten from this frequent measurement, the vehicle's electronic control unit (ECU) regulates the time the injectors open. The constant regulation ensures that the amount of fuel delivered from the injectors to the cylinders remains optimal at all times.

The calculated level of fuel required always depends on the current operating mode of the combustion engine.To find out another component regulated by the ECU, check out my article on the torque converter clutch solenoid.You will find the fuel rail pressure sensor present on the high-pressure rail of the engine. This location of the sensor applies to diesel and petrol systems alike.

Every sensor out there contains the following parts:

As shown above, inside the sensor, you will find a sensitive element and an integrated electronic circuit. The channel present on the side of the sensor's body acts as an inlet for pressurized fuel to flow into the fuel rail pressure sensor.

On getting to the ECU, the voltage is used to determine the fuel injectors' opening time to deliver the optimal amount of fuel to the engine's cylinder for combustion. The fuel rail pressure sensor operates based on the principles of the piezoresistive effect.

You can better understand this principle as the variation of a conductor's electrical resistance based on the deformation along the length of a mechanical device.Several silicon-based semiconductor films make up the sensitive element of the fuel rail pressure sensor.

These films come connected under the Wheatstone bridge. Because of this connection pattern, the effects of temperature can be observed and recorded on this sensor.

As an active sensor, the fuel rail pressure sensor needs a voltage source to function at all. The required voltage to power the sensor usually sits at +5V. Taking a look at the sensor's electrical connector, you will find the following pins:

Depending on the fuel pressure present in the rail at a given time, the voltage(signal) generated sits somewhere between 0 – 70mV.

After evaluating the signal, the sensor's electronic circuit converts the signal into a voltage around 0.5 – 4.5V. Manufacturers set the measuring of the sensor within the range of 0 – 1800 (2000) bar. This is because the sensor has to possess an efficient accuracy when it comes to measuring the fuel pressure.

As a general rule, the measured fuel pressure must have a deviation not exceeding ± 2%.Based on the type of injection system present in the vehicle, fuel pressure inside the ramp measures at 280 bar while idle and 1800 bar at a maximum load.As soon as you press the vehicle's gas pedal, the ECU runs a calculation of the fuel required to get the ideal engine torque. It achieves this by calculating the level of pressure present at the fuel level in the common rail.

When a vehicle develops a faulty sensor, certain symptoms begin to show. They include engine stalling, increased fuel consumption, and weak acceleration power, among others.While the sensor can get damaged due to high temperatures, when it is time for repairs, the fuel rail is not changed. Only the sensor gets replaced.

This symptom not only occurs when the car sits idle but also happens while driving the car. Whenever you begin to notice an engine stalling in your car, that can be a sign of a damaged fuel rail pressure sensor.

Remember that the sensor carries the responsibility of measuring the fuel pressure that aids the ECU decide the optimal fuel delivered. When the sensor develops a fault, the ECU cannot get an accurate measurement, and as a result, the fuel delivered might significantly increase or decrease.

When you start feeling that the vehicle seems to have lost accelerating power or notice that your car is not accelerating at its usual pace, that can be a sign of a damaged sensor. Because the ECU is no longer getting the required signal from the sensor, it becomes impossible for it to transmit the right signals to the vehicle's fuel system.

This sign is often the most common and, at times, the first sign to the surface when the sensor becomes faulty. You will observe that the engine begins to find it hard to start. After this, and in a couple of days, it can progress to not starting at all.

This sign is obvious as the engine light acts as an indicator for a diagnosed fault in the vehicle. When it comes on, take your vehicle to the mechanic to take a look at it, so you know the right repairs to make.

This section contains all the necessary points associated with the fuel rail pressure sensor.