A guide on how to clean an EGR valve 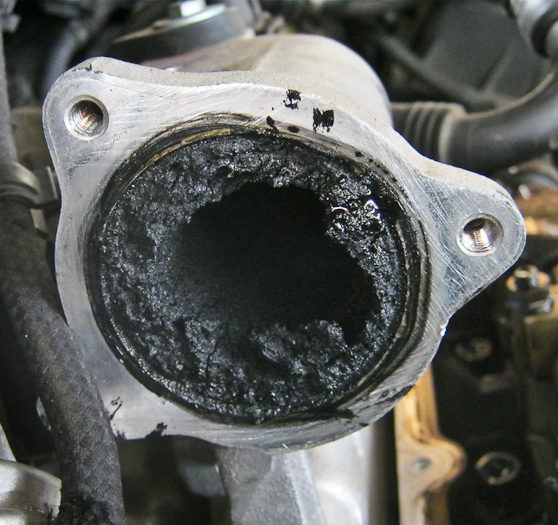 The EGR valve controls the recirculation of exhaust produced by the engine into the combustion chambers. Knowing when to change a valve is important, and once you perceive fuel from under the hood of your car, it is time to get the valve checked. ‘But before replacing or checking the valve, what symptoms do you need to know to tell you when the valve is faulty?

Or what are the steps involved in cleaning or changing a damaged EGR valve? This article answers the above questions and provides more insights into the primary things you need to know about a valve.

What is an EGR valve?

An EGR valve is a shortened form of Exhaust Gas Recirculation Valve. As the name suggests, this valve is responsible for recirculating exhaust into the combustion chambers of a car. The EGR system redirects a small number of exhaust gases into the car engine to reduce the temperature in the combustion chambers of the car. The valve in this system controls the amount of gas from the exhaust manifold to the intake manifold.

The valve has an open and close system that allows it to control the flow of gas effectively. If the valve is left empty, the engine will stall or make some noises, and if the valve is closed for a while, it reduces the vehicle's lifespan. In some older cars, the EGR valve is worked by a vacuum, but in modern cars, the EGR VALVE is controlled by an electric step motor.

So, the valve is solely responsible for redirecting little amounts of exhaust gas to the engine to increase its lifespan, reduce fuel consumption, and reduce nitrous oxide emissions.

How the EGR valve works

As stated above, the valve helps to reduce nitrous oxide emissions. When nitrogen emissions get to the combustion chambers where the temperature is high, the inert gas alternately creates harmful NOx, emitted through a car's exhaust system back into the air. The air we breathe in as humans are mostly made of nitrogen, and in any case, when the NOx is emitted into the atmosphere, we unknowingly breathe in harmful nitrogen that is bad for our health system.

The valve stays closed when the car engine is idle, not in use, or in acceleration mode. And the EGR valve gradually opens up when the car is in motion. Sensors monitor the EGR system in a modern car, and so when the EGR flow is imbalanced, the engine computer automatically turns on the ‘check engine light’ on the dashboard.

Traditionally, there are two main types of EGR valves. They are:

is located in older vehicle models. This EGR valve has an open and close mechanism using a vacuum.

This is located in modern vehicles, and a computer sensor controls it. Apart from the two types mentioned above, a few other EGR valves are found in modern cars. They are:

Symptoms of a faulty EGR valve

A faulty EGR valve is actually damaged or needs cleaning. Either way, when do you know it is time to get the valve replaced or cleaned. For any engine-related issue, most symptoms are repetitive, while a few are particular to one component. It can create issues relating to the entire functioning of the EGR system leading to problems like reduced fuel economy, reduced acceleration, stalling engine, power reduction, increased vehicle emissions. The EGR valve can get damaged due to an accumulation of debris from fuel, carbon remnants, and soot.

For the valve, some symptoms will be noticed when the valve is faulty or needs immediate cleaning.

How to clean an exhaust gas recirculation (EGR) valve

Tools needed in cleaning the valve.

‍2nd step- Wear your protection goggles and safety gloves before you start.

‍3rd step- Spray carbon deposits with a carburetor cleaner. Then clean the parts (electrical and plastic) attached to the valve to prevent any damages.

‍4th step- Using a dull scraper and a cleaning brush to remove the carbon deposits. And wipe the area using a rag.

‍5th step- The carbon debris might prove challenging to remove.  Soaking the valve overnight in a cleaning solution should handle that. Leaving it overnight can also damage the valve parts.

‍6th step- Use the carburetor cleaner in the exhaust pipe to remove any carbon deposits.

‍7th step- After removing the carbon deposits in the valve and manifold, fix all components.8th step- Check if any of the symptoms persist, especially the fuel smell. If the symptoms have disappeared, then your car is good to go.

Finally, if your car displays any of the symptoms listed above, you should check your valve and system. Also, get the help of an auto professional to get the car inspected. The EGR valve does not have to be cleaned when the symptoms show. However, it can be cleaned from time to time.