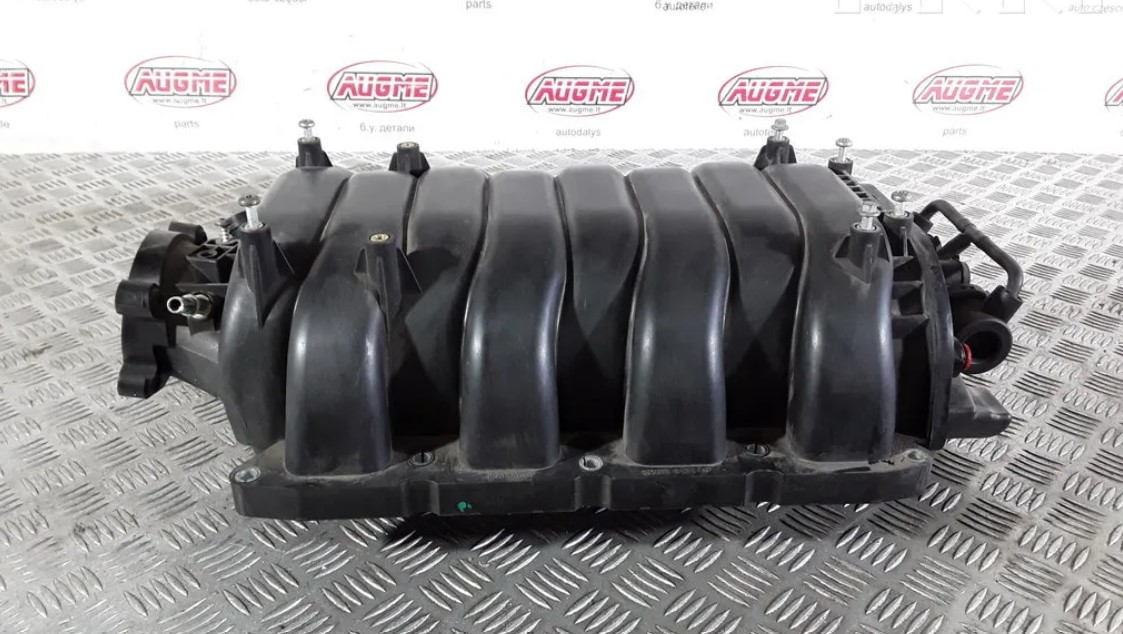 What are the functions of an intake manifold?

An intake manifold's main function is to distribute airflow to all the cylinders of an engine evenly. The intake manifold in the most recent car model comes from plastic. It is important to know that, with no airflow, the gas will not ignite; therefore, your car won't start.

The intake manifold consists of the Plenum and the runners; this manifold also holds the throttle valve or throttle body in position. Most intake manifold comes in several separate parts or sections; this is common with the V6 engines and V8 engines.

The intake system, as seen in more automobiles, has a special function of generating power. It is a major game player in the power and torque of an engine.

What is an intake manifold?

Let's take a closer look at how the air flows in its path. Typically, the intake air comes through the air filter, intake snorkel or boot, and then finds its way through the throttle body. This air migrates to the Plenum from the throttle body, then to the runners, and into the cylinders.

Variable-length intake manifolds[/caption]With more inventions came more development to the intake manifold. Other advances have been made and can be seen today with the cam profiles and cylinder deactivation. Both of them help to maintain the power of an engine and increase its efficiency in the process.

The varying length of an intake manifold performs quite a great function also as it allows the amount of air sent to the engine to change dependent on the current need of the engine.

Although the intake manifold's design seems complicated, the function remains as simple, and you find them. This function is to allow appropriate portions of air to pass.

There are four major problems associated with an intake manifold. These problems include coolant or oil leaks, vacuum leaks, flow reduction as a result of carbon build-up, and problems with the intake tuning valves.

Vacuum and coolant leak problems in some engines result from the corrosion or cracking of the intake manifold. This cracked intake manifold must be either worked on immediately or completely replaced if the damage is severe.

Let's take a look at some of these problems.

Vacuum leaks are a result of a worn-out intake manifold gasket. A worn-out intake gasket will cause stalling, rough idle, and sometimes, the Check Engine Light might come on.

However, the engine may run fine at a higher rpm than usual. Typical examples of intake manifold vacuum leaks are the code OBD-II trouble codes P0171 and P0174.In a scenario where a faulty gasket causes the leak, the repair process will involve removing the intake manifold, cleaning it, checking the mounting surface, and replacing the gasket.

Please read our article on a faulty intake manifold gasket. Notwithstanding, the primary source of a vacuum leak arises from a cracked vacuum hose or line connecting to the intake manifold.

Furthermore, a broken or cracked hose must be replaced when discovered. Vacuum leaks in some cars often announce themselves by a hissing sound emanating from the vehicle's engine.

Lastly, when the gaskets do not seal adequately, a vacuum leak becomes inevitable. The warping causes the poor sealing on the intake manifold. Although this does not happen often, you must never forget to replace a warped manifold once detected.

The carbon build-up in some car engines will lead to misfiring, smoke emission, poor fuel management, and lack of power. These issues are common with a turbocharged engine; the major symptom here is its lack of power.

When your manifold gets clogged up, you can remove it and clean it up, after which you can replace it. However, we advise that you replace your manifold rather than cleaning it.

We advise this because the cleaning is often not done thoroughly as the hidden and obscure areas are often not accessed.

An electric vacuum actuator is responsible for the operation of the tuning valves. This actuator will stop working if the rubber diaphragm component within it has a leakage. You can adequately test the vacuum actuator with the help of a handheld vacuum tester.

When a leakage becomes noticeable on the vacuum actuator, you must change it immediately to avoid further damage to the engine's system.

The vehicle's computer engages vacuum actuators. The vacuum actuators work by turning on and off the little vacuum control solenoid. These solenoids can go bad from time to time. However, you can run a test by using a vacuum pump.

Furthermore, the carbon build-up can affect the runner control valve and the tumble valve or when the valve is warped. When this happens, you must replace the intake manifold immediately.

When it comes to replacing an intake manifold, there should not be a second thought about it. Cleaning it will serve to an extent. However, a total replacement is a must to avoid sad stories in the future.

The intake manifold must also be replaced when you cannot replace one of the damaged tuning valves alone. The procedure is quite easy to undertake with some Cars, but it might prove not easy with others.

Otherwise, a mechanic may charge you a higher labor fee or cost to change a newer car model's manifold than he would charge for an older car model.

For V6 and V8 engines, you must pay keen attention to the manifold's orientation before and after replacing it. You must make sure that you clean the mounting surface and replace the old gaskets with new ones. It would be best if you also torqued the manifold bolts in the right order.

To implement a fine job in this replacement process, you can find service manual directions on this site to help to gain access to factory repair manuals. A subscription fee applies.

Although some people find it rather odd to do the mechanic job on your car yourself, it comes with many benefits. With the stress, the back and forth movement to the mechanic shop places on you and the ever-increasing labor cost it imposes on your finance. Learning to be handy with your car can do your finances a lot of good.

Without any ado, let us take a look at some easy steps you can take to remove and replace your manifold and have your car hitting the road as soon as possible

11 easy steps you can take