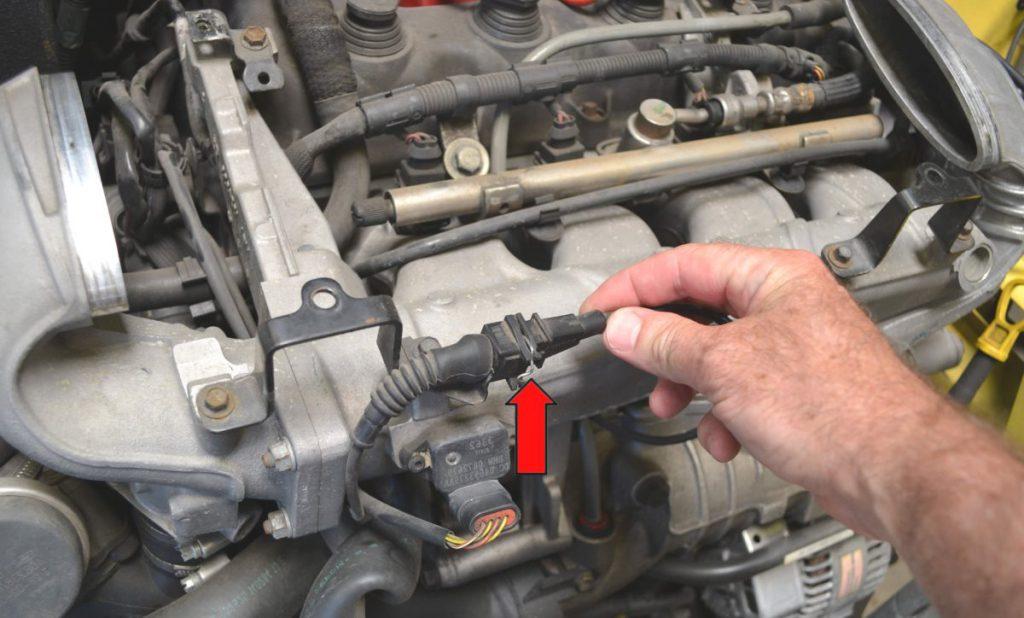 If your car is making a 'knocking' sound and accelerating slower, you should learn more about the knock sensor functions as it is the exact part of your car that might be causing this issue. We're now living in an age where computers play a vital role in our day-to-day lives.

While many of you might not know, computer systems control even our modern cars. The computing systems continually monitor all the different aspects vital for your car's well-being and smooth functioning. The computer, technically known as ECU (Engine Control Unit), has a connection with multiple sensors all over your car.

One of these sensors is the knock sensor. But what if this sensor itself gets broken? If you want to know more about the symptoms of knock sensor malfunction and how you can replace this sensor, you should first understand what this sensor does. Let's dive in!

What is a Knock Sensor?

A knock sensor is a type of car sensor that features piezoelectric elements or ceramics. It can convert mechanical effects like vibration, movement, or pressure into electric signals. If there is an additional unplanned ignition in the engine, the knock sensor can hear the vibration caused. When this happens, the sensor converts the mechanical effects into an electric signal.

The signal is sent to the car’s ECU, which ensures that it is actually knocking and not standard engine vibration. If the ECU decides that it is indeed engine knocking, it will then take measures to resolve the problem.

How Does Knock Sensor Function?

It converts mechanical effects such as vibration, movement, and pressure into an electric signal. The sensor then transmits this signal to the ECU. The ECU then decides whether the timing of the spark plug needs any alteration for preventing this knock.

The entire process happens automatically with no manual interference. Generally, the knocking never reaches an extent where the driver could hear the sound. But if you can hear the engine knock, it is possible that the sensor is not doing its job. To learn more about what a knock sensor does, check out our other article here.

What are the Symptoms of Knock Sensor Malfunction or Failure?

There can be severe damage to the car's engine if the knock sensor in your car malfunctions or fails. Knock sensor repair, or replacement is the solution if you detect the following symptoms:

The most common symptom to help you spot a knock sensor functions failure is a knocking or thumping sound from the engine. It is the job of this sensor to stop the engine knock. But if you're able to hear the knock, the sensor is not doing its duty, probably due to a malfunction.

Another common symptom of a bad knock sensor is visible CEL. You should be able to see the check engine light on the dashboard of your car. While there are plenty of reasons why the CEL can light up, a problem with the knock sensor is one of them. Remember that the CEL might also be visible when the knock sensor detects vibration and transmits a signal to the ECU.

However, if the CEL does not go off even after a considerable duration, the knock sensor might have malfunctioned or failed.

When the knock sensor fails, it is not able to transmit the signal to the ECU. A common outcome of this problem is slower than normal acceleration. Just like the CEL, slower acceleration can be a cause of several different issues in your car, and a bad knock sensor is only one of the problems. If suddenly your car begins to accelerate slower than it usually does and is also consuming more fuel, you might have to repair or replace the knock sensor.

If you do not repair or replace a knock sensor that is not working as it should or fails to function entirely, it can cause severe damage to the engine. One of the most common outcomes of this problem is that the car starts to drag and jerk. In some cases, there can also be a burning smell coming from the engine.

Can You Repair the Knock Sensor?

You can learn how to do that in our other blog post that you can find here.

What is the Cost to Replace Knock Sensor?

Now that you know knock sensor functions and symptoms, let us look at how much it generally costs to get it replaced. The replacement cost can significantly vary based on the car you drive. If it is a luxury car, you might have to spend upwards of $700. But for most mid-range cars, the cost should not be more than $300-$700.

Note that the price can also depend on the region you're currently in and where you get the sensor replaced. You can check out our reviews of the best knock sensors available on the market here.

Replacing the sensor from an authorized dealer can be more expensive than any standard car repair shop. Compare the replacement cost and also the quality of the knock sensor before making the final decision. You can also always check Amazon and see whether you can find it at the most convenient price for you. You can do it here.

The knock sensor is a vital part of every modern vehicle Therefore, if you believe that it might be broken then you definitely should repair or replace it as soon as possible. Keep in mind that the best way to spot a knock sensor malfunction is if you hear a knocking or thumping sound from your car. This is indeed the best indication that the knock sensor of your car has been broken and should be fixed or replaced.