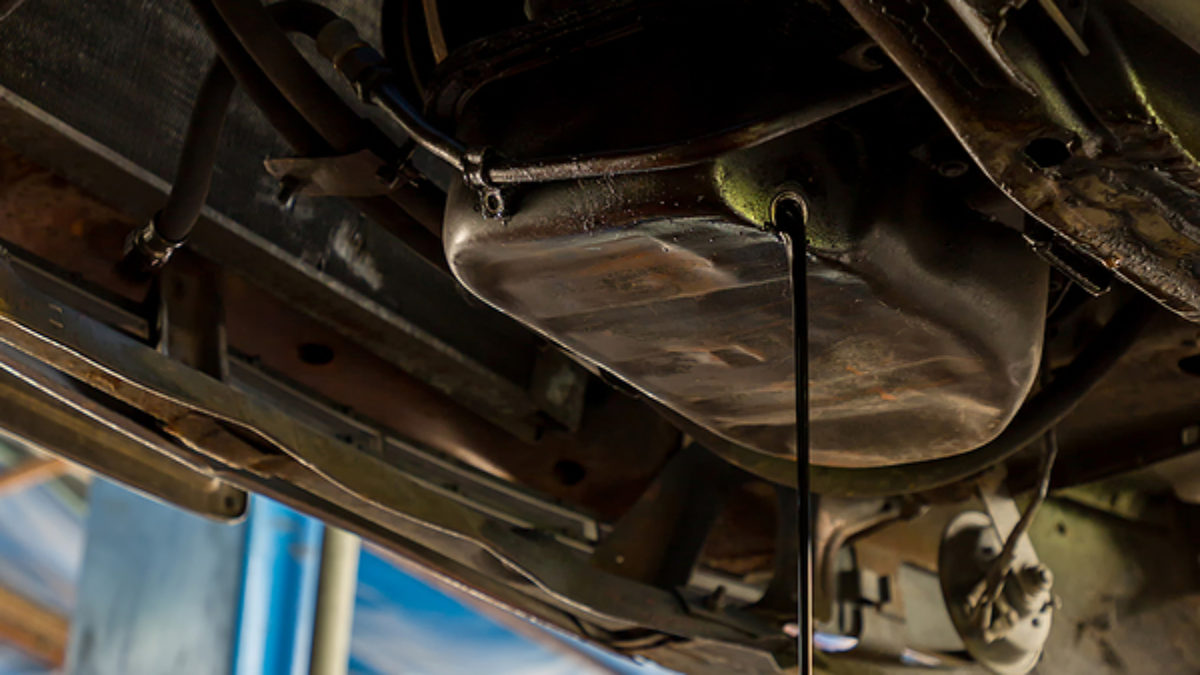 Whenever the engine of a car runs, its various parts heat up and gather friction. To cool the engine parts and keep them well lubricated, you need engine oil. However, a part of the engine acting as a reservoir for the oil is its oil pan. The oil pan and its importance are the main focus of this article.

What does an oil pan do?

The oil pan, also called sump, refers to the metal pan covering the engine block's underside. It holds the engine oil at any point when it is not in circulation around the engine. A pickup tube runs from the oil pump downwards to the sump to correctly carry out this function. After the oil gets used, this tube sucks up oil and returns it into the oil pan.

Structure of the oil pan

Sumps are usually made of aluminum or steel and, depending on the type of engine, can hold between four to six quarts of oil.

There are features called baffles incorporated into sumps. They serve to prevent the stored oil from sloshing around. As the vehicle moves, without the baffles, oil in the sump is bound to splash around and will flow away from the pickup pipe. This causes the temporary inability of oil to flow back into the engine when needed.

As a result of this happening, while the engine is running fast, it can severely damage the car engine. Baffles exist to counter and prevent this event from ever occurring.

Located at the bottom of the engine block, which is the lowest point of the engine's lubrication system, the oil pan houses the oil drain plug. The oil drain plug comes as threaded bolts, which allow the draining of dirty oil from the sump. Because you have to remove the oil plugs to drain dirty oil, you should always remember to replace the drain plug washer when you are done.

To make it easier to drain the dirty oil, ensure you do the draining when the oil is warm because it flows better.

The windage tray comes as a piece of metal whose function is to prevent oil from splashing up. As the car moves and the oil sloshes around, a windage tray makes sure it doesn't splash onto the engine's spinning crankshaft. If oil should splash on this part of the engine, it will slow it down, and that is not good.

Some windage trays are manufactured with a crankshaft scrapper. The scraper removes excess oil from the crankshaft counterweights.

As its name implies, a dipstick is used for knowing the amount of oil left in the engine at any time. Because of this, the dipstick runs down into the sump and has markings on its length to reveal oil level. These markings have minimum and maximum indicators. However, vehicles are now fitted with an electrical oil level sensor. The sensor displays the level of oil on the dashboard via an LED indicator. For the reader's convenience, I have compiled a list of the best oil drain pans for 2023. Also, you should also check out our article on oil pan replacement.

Other functions of the oil pan

The function and importance of the sump are not limited to collecting and storing oil for engine use. It extends to a couple of other things that add to the essential nature of the oil pan.

Apart from acting as a reservoir for engine oil, the sump also plays a vital role in cooling it. Air flows under the oil pan as the car moves forward. The airflow carries heat away from the hot engine oil. In so doing, the oil gets cooled before it gets reused again. In some sumps, their structure has a design that concentrates the airflow around the oil pan. Other sumps come with features called cooling fins; they also direct airflow.

This cooling-engine style is referred to as the wet-sump system and is present in almost every vehicle. Its name is derived from the constant wet state of the sump, which is normal. However, there exists another system called the dry-sump system. In this system, heated engine oil pumps out of the oil pan into a secluded container for cooling.

Damages to the oil pan

Vehicles that cover a lot of miles are bound to experience oil leakage with time. This is because gaskets are installed at the points of contact between the sump and the engine block.

These gaskets or seals may wear out and begin to allow oil leaks. In other cases, the oil drain plugs are tightened too hard, or the washers are not correctly replaced after the oil is changed. These reasons also cause the oil pan to leak. To find out more about gaskets, check out this well-written article on the subject.

The last cause can be attributed to using a vehicle off-road; hitting a hard object like a rock will significantly damage.

The article might look too long, and there might not be enough time to go through it thoroughly. Do not worry; this section points out all of the crucial things you should know about the oil pan.