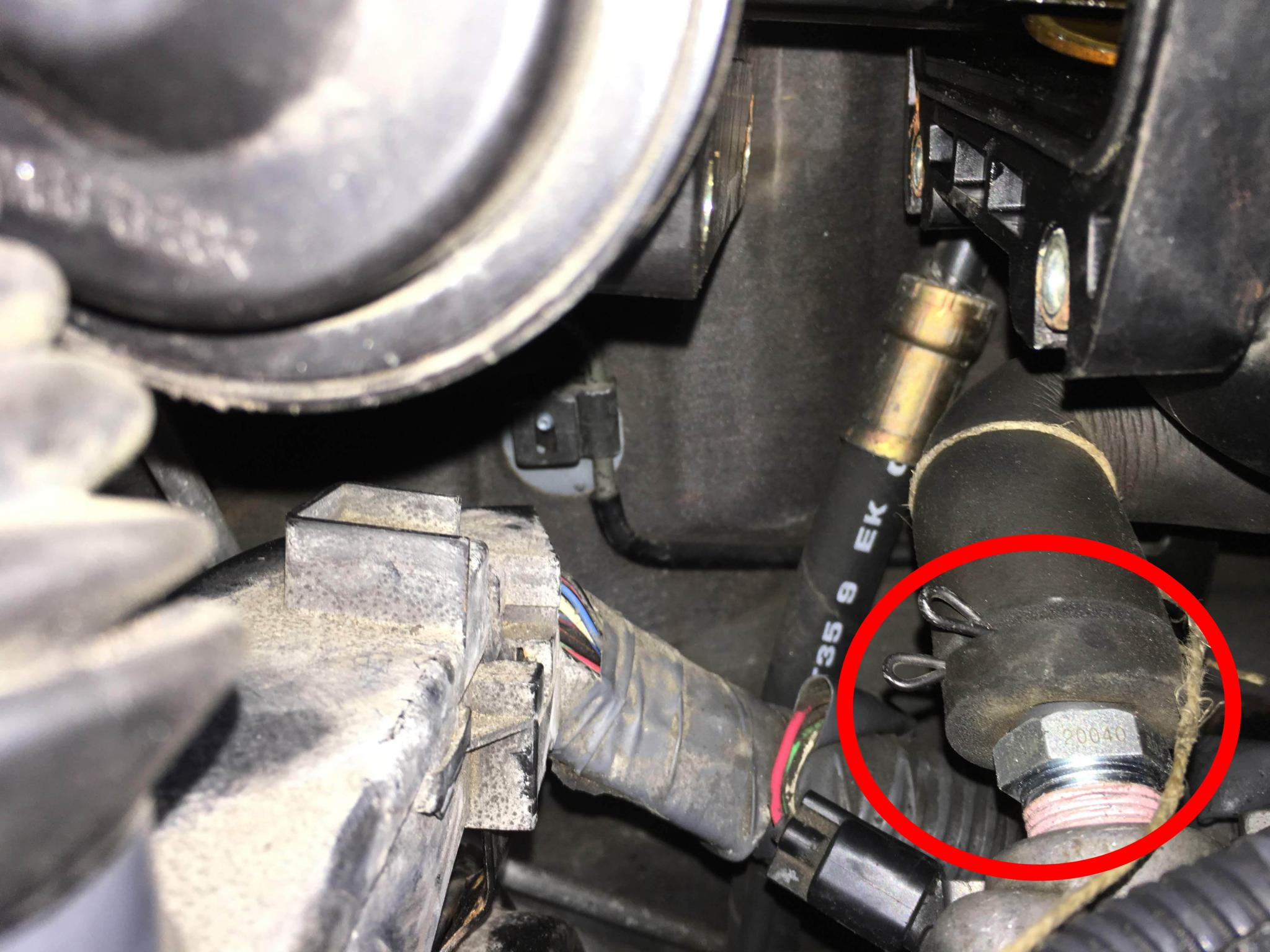 Many drivers know next to nothing about the vehicles they drive every other day, or the preventive maintenance on them for that matter. Apart from the basic routine check on water, oil, and wiper blades, they hardly bother about anything else. So, it’s little wonder that most haven’t heard about PCV valve or know that, like oil, it needs to be routinely replaced.

Every aspect of your vehicle’s engine is important to the general functioning. Whether it’s the more popular pistons and gaskets or the less so PCV valve. Neglecting them will ultimately serve to damage the whole engine. This is why it’s crucial to change them as soon as they are found to be damaged or worn out. otherwise, they eventually escalate to require a more expensive solution.

PCV valve is an abbreviation of the Positive Crankcase Ventilation valve. It’s a crucial part of a vehicle’s crankcase ventilation system. The PCV valve is a small one-way valve that comes attached to the crankcase of the vehicle. The crankcase is the part of the engine which is located at the bottom.

It houses the motor oil. When the vehicle comes on and the engine burns fuel, the crankcase produces the gases. Before the advent of emission control devices in vehicles, these waste gases were traditionally released from the crankcase through the exhaust system. This didn’t always go as planned. Sometimes, various degrees of these gases find their way back into the crankcase as well as between the pistons of the engine.

In these instances, the gases would mix with present motor oil to produce damaging sludge that goes on to clog the engine. The waste gases that form in the crankcase and leaves the engine through the exhaust system often consisted of a little near 70% unburnt fuel.

To put it simply, the exhaust system released poisonous gases that pollute the environment and damage the environment. All of these changed in 1964 when a piece of legislation mandated that these gases be recaptured.

Vehicle manufacturers complied by installing PCV systems to replace the old, inefficient system. In the PCV system, the waste gases are recycled and sent back into the air intake system to be mixed with gasoline. From there, they are then sent to the engine to be properly burned. A valve was created along with the new system to prevent oil sludge from clogging the engine.

This valve is the PCV valve. In the long run, some of the waste gases are deposited on the PCV valve and it’s soon destroyed. This phenomenon necessitates routine regular change. This is cheap if it’s done as at when due. In autocycles, it’s considered premium when you’re told to keep the valve clean and working optimally. In the bid to facilitate efficient circulation, most PCV systems are factory fitted with breather tubes.

These tubes allow for clean air to go into the crankcase. The engine’s air filter cleans such air. It’s a proper auto practice to always check on these tubes as you do the PCV valve.

Functions of the PCV Valve

Before PCV valve became mainstream with PCV systems, it was originally designed to keep water from leaking into the engines of engines working underwater. The first ones were built during the second world war. The modern uses have, however, been upgraded. Some of them are as follows:

The fundamental function of the PCV valve is to control and considerably reduce the release of harmful gases. It does this by sending the waste gases produced by the crankcase back into the combustion chambers of the engine.

In there, the largely unburned gases are safely burned again, more thoroughly this time. Cleaner gases are subsequently released into the atmosphere.

Acts as a Flame Arrester

The valve also acts as a flame arrester in the engine. Without it, the backfires that often happens in engines, especially turbocharged ones, could permanently ruin the gaskets and seals of the crankcase.

Lastly, the valve allows the engine additional power. It does this by aiding the piston rings and crankcase in improving the engine’s compression chamber.

How to check a PCV Valve

First, remove the PCV valve from its valve cover while its hose still connected. Move any of your fingers over the open end of the hose. You will feel a strong suction on your placed finger if the PCV valve is working well. Then make to shake the PCV valve. It will rattle if nothing is blocking it. Otherwise, very little or no rattling will be heard.

Another method is to unscrew the cap from the valve cover and put a piece of paper over the open end. If the PCV valve is still good, the piece of paper would be sucked in a few seconds. Otherwise, it’s faulty and needs to be cleaned or replaced.

How to Detect a Bad PCV Valve

Since the importance of the PCV valve has already been established in this article, making sure it stays functioning and optimally so should be ensured. One way to do this is to always be on guard and clean or change worn out PCV valve. To clean or change it, however, you first need to detect that it’s faulty. To detect a faulty PCV valve, below are some popular symptoms you should look out for:

This is arguably the most common symptoms of a bad PCV valve, especially in modern cars. The engine light on the dashboard of the vehicle will start to flash. This is since the PVC valve works in direct connection with the engine to ensure general vehicle efficiency. It should, however, be noted that this feature might not be seen in old cars in which case other symptoms would have to suffice.

Admittedly, the engine light can come up for several other reasons, but a damaged PVC valve is often the case.

This often happens when your PCV valve suffers from clogging or leaks. What happens is that there will more fuel than air in the combustion cylinder of the vehicle as a result of the rich mixture allowed in. and more fuel will be consumed as a result. This outcome results in a poor fuel economy and consequently causes you to use more money for fuel. Another consequence would be that your engine will produce and emit more emissions than normal.

This will go on to increase atmospheric pollution and environmental damage.

In the case where the valve is covered by moisture, there will be an increasingly growing pressure inside the crankcase of the engine. This will consequently increase the pressure in the cylinders and bring them out from the gaskets. It often leads to sudden substantial oil leaks as well as increased oil consumption by your vehicle.

If you experience either of the situations with your car, start by checking if your PCV valve is clogged.

When there’s a faulty lean or rich mixture that results from a faulty PCV valve, misfires occur on both idle or acceleration. If the mixture is too lean, for instance, the vehicle cylinders may fail to fire up correctly. And in the case where there’s a rich mixture, the spark will go off with the fuel, thereby causing a misfire. A misfire will give the sound of an engine vibrating, signaling that the engine isn’t running properly.

Sometimes when the valve goes bad, the plunger stays open. When this occurs, an excessive amount of air will rush into the combustion cylinders of the engine. This results in what is known as a lean mixture. In the mixture of air and fuel in the cylinder, the air is more than fuel. This will cause the engine to stall or what is otherwise known as rough idling. Although, several other factors can cause engine stalling. They include a faulty torque converter or torque converter clutch.

The Presence of Sludge

This will require an actual inspection to be detected. When the waste gases from the combustion chamber start to leak and find their way in between the cylinder wall and piston, they will mix up with the motor oil in the engine. This mixture will produce a sludge residue which will continue to pile up in the long run until it spoils the whole engine.

Colour of Smoke from the Exhaust (White/Black/Blue)

Whenever the valve is clogged, the crankcase of the engine will drive up motor oil into the combustion chambers. The motor oil will then burn and exit through the exhaust pipe. Depending on whether the mixture is rich or lean, your vehicle will emit white or black smoke. To simply put, if you notice unusual smoke coming out of the exhaust of your vehicle, check the PCV valve.

When Should the PCV Valve be Replaced?

Unlike replacing your battery or changing your motor oil, there is no fixed time for replacing your PCV valve. Replacement of the valve is only rightly necessitated by its state. PCV valves are made of plastic, at least a majority of them are. And as plastics are wont to do, they wear and tear as they age. And also, lots of hot fuel and oil pass through it all the time. All of these will cause the valve to break or tear up.

This is usually the perfect time to change the PCV valve. In the event that it’s time for your routine check, there are some things to look out for to confirm if your valve needs attention.

If you find that the PCV valve doesn’t seem to work properly, don’t rush to replace it yet. First, try cleaning it to see if that can get it going. Clean it by immersing it in a carburetor cleaner. This should remove any sticky deposits or discoloration. If it still doesn’t work, then the PCV valve should be replaced with a new one in its place. The following steps will help you replace the old PCV valve with a new one:

NB: Replacing your PCV valve is cheap, and will typically cost you somewhere between $10 and $75. Below are some PCV valves you can buy.