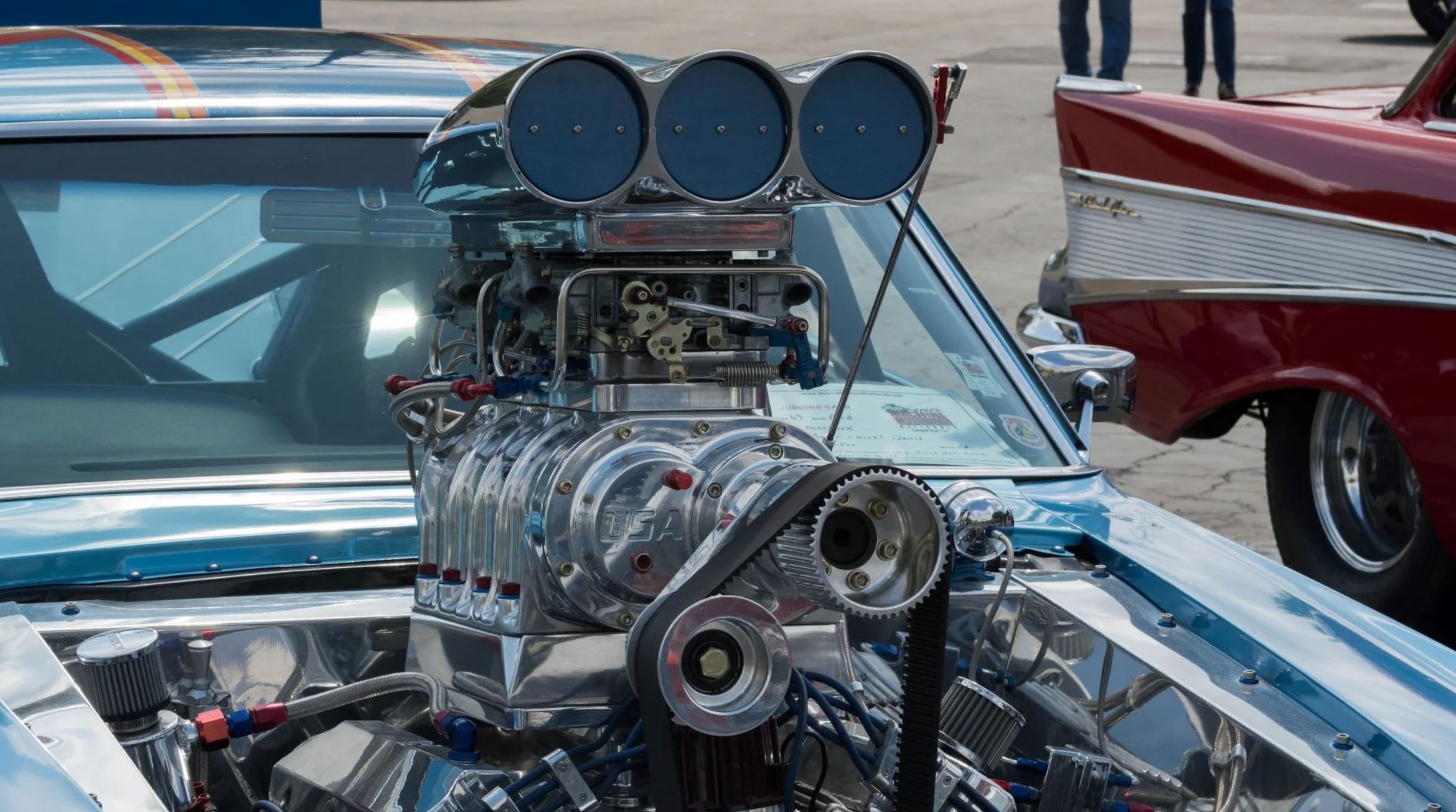 A supercharger is a modern-day automobile miracle. Cars brought humans a high level of efficiency like never before. However, the bigger the engines got, the more fuel they needed. The more efficient they got, the more the environment took a hit.

What we gained in work done and comfort, we lost to environmental depletion.Such environmental concerns, as well as proactive government legislation, have since signaled a move away from fuel-gushing, big-displacement engines towards much smaller, economical ones. Manufacturers are increasingly using superchargers and turbochargers to generate more power from less fuel.

A win-win for environmental safety and automobile efficiency.Both features perform the role of displacement. They cram the same level of air a bigger internal combustion (IC) engine would ordinarily inhale into a smaller IC engine. Smaller engines are able to produce the same power as a bigger engine with the help of a supercharger or turbocharger.

This article will solely discuss supercharger, their role in an internal combustion engine, and how they impact vehicle performance. How it differs from turbochargers will also be highlighted. We'll be working with an ACE-certified mechanic to answer important questions about the device.

What is a supercharger?

A supercharger is simply an air compressor unit that helps to increase both the density and pressure of air supplied to an engine. It avails more air to every intake cycle of the engine, allowing it to burn more fuel, and consequently generate more power.A supercharger pumps additional air into the engine mechanically using a belt, gear, chain, or shaft.

What's the need for a supercharger?

As a rule, all automobile engines require more air-fuel mixture to generate more power. The amount of power an automobile IC engine produces is dependent on the amount of fuel it can burn. That's not all. It is also important how quickly and, more importantly, how efficiently it can be completed.

Fuel, however, needs air (essentially the oxygen it contains) to burn.Consequently, power output thereby relies on the amount of air an IC engine can suck in to burn the available fuel. The engine can naturally suck in a limited amount of air.

It consequently reduces the mechanical power produced. This is why the idea of forcefully feeding more air than ordinary to an engine came about. It gets to burn fuel faster and generate more power output. The supercharger helps to provide this additional intake of air for the engine.

How does a supercharger work?

Let's take it from the beginning.The internal combustion gasoline engine of every vehicle draws in air to mix with the fuel, forming a charge. The vacuum force (produced when pistons travel down) sucks air into the cylinders. The charge is compressed to a fraction of its initial volume as the piston travels back up.The spark plug ignites this compressed air-fuel mixture to produce combustion.

This generated combustion expands the charge, thereby forcing down the piston. As the engine pushes more air and fuel into the cylinder, the combustion power increases. The engine produces more power output and torque as a result.

When the piston goes down on the intake stroke, atmospheric pressure attempts to fill the void left in the cylinder. The engine will achieve 100% volumetric efficiency if the cylinder is totally filled up with air. This is, however, not possible due to the many restrictions by the air cleaner, cylinder head, and cam timing.

They first appeared in vehicular application in the 1930s, but the basic design has seen improvement over the years. Roots supercharger is also called the roots-type blower. It’s the simplest and least expensive of the three types.

It is basically large air pumps. It forces air into the engine’s cylinder by pulling it in. The drive belt determines the speed at which air goes in. The main disadvantage of this supercharger type is the pulsating feeding of air which reduces the overall efficiency.

A Roots supercharger does not compress air internally like the centrifugal and screw-type superchargers.

Engines running on them typically run at very high speeds. Additional internal impeller (step-up drives) is, however, present to achieve such speeds. The quicker the step-up drive spins, the more the boost the supercharger will make. But the units cannot generate enough power at low engine revolutions. This is because the impeller doesn’t spin fast enough to reach such a boost. Their one advantage is that they can be mounted off the engine to reduce heat.

The screw-type appears somehow similar to the Roots supercharger. But their distinct structural difference comes in the internal rotors. Screw-type superchargers employ their set of interleaving rotors to suck in and compress air within the supercharger.

Superchargers and turbochargers are similar in several ways. They are both air compressors that produce a substantial amount of power. They are also different, especially in how they function. The following are some of the differences:

A turbocharger is an air compressor powered by the forces of exhaust gases. Superchargers on the other hand are driven by the crankshaft of the engine which is linked by a belt. So, while the turbocharger gets its power from exhaust gases that comes from combustion, superchargers get their own from the crankshaft. This is their primary difference.

Supercharger runs on engine power, while turbochargers are powered by the waste energy produced by the engine. This makes turbochargers more energy-efficient, and as a result, more environmentally friendly.

The supercharger is linked to the engine and has an average spin speed of about 50,000 revolutions per minute (RPM). On the other hand, the turbocharger is not linked to the IC engine but it spins considerably faster.

The supercharger does not come with a wastegate. But the turbocharger comes affixed with smog-altering equipment (wastegate). Its function is to reduce carbon emission, which further makes the case for turbochargers environmentally friendly.

Which is better between a supercharger and a turbocharger?

The answer depends on what you're primarily looking out for in your engine.From an energy efficiency angle, the turbocharger Is better suited. It collects waste exhaust gases and makes something useful out of it. A supercharger does nothing even remotely related to such.

The turbocharger is better in this respect.But from a mechanical efficiency standpoint, superchargers perform way better than turbochargers. For instance, with a turbocharger comes lag since it relies on waste exhaust gases for power. Superchargers, however, don't have this problem as power comes to them immediately.

Can a supercharger and a turbocharger be in the same vehicle?

Yes, it's possible to use a turbocharger and a supercharger pari passu. The concept is called twin-charging and it's common with high-performance vehicles like race cars. It increases the power at both low and high rpm bands when they are on. This is the "have it all" of automobile power.

Can you install a supercharger on any car?

Yes, you can install an aftermarket supercharger on any car that did not come with it. You, however, need to, first and foremost, be sure that your car engine can take it. Conduct, first, a suitability test.Pro tip: Both the testing and the installation should be carried out by an experienced ACE-certified professional. Don't attempt to do it yourself with our appropriate training, you may cause damage to your engine.

Superchargers remain one of the most significant advancements in modern automobile history. They increase the efficiency of cars and make more power available to the engine. Even though they perform functions similar to turbochargers, they differ in structure and how they work.

The more preferred one will depend on what you need from your vehicle. The supercharger is the ultimate break for high-performance vehicles. By now, you know all the important things there’s to know about superchargers.