How to test an alternator - complete guide 2023 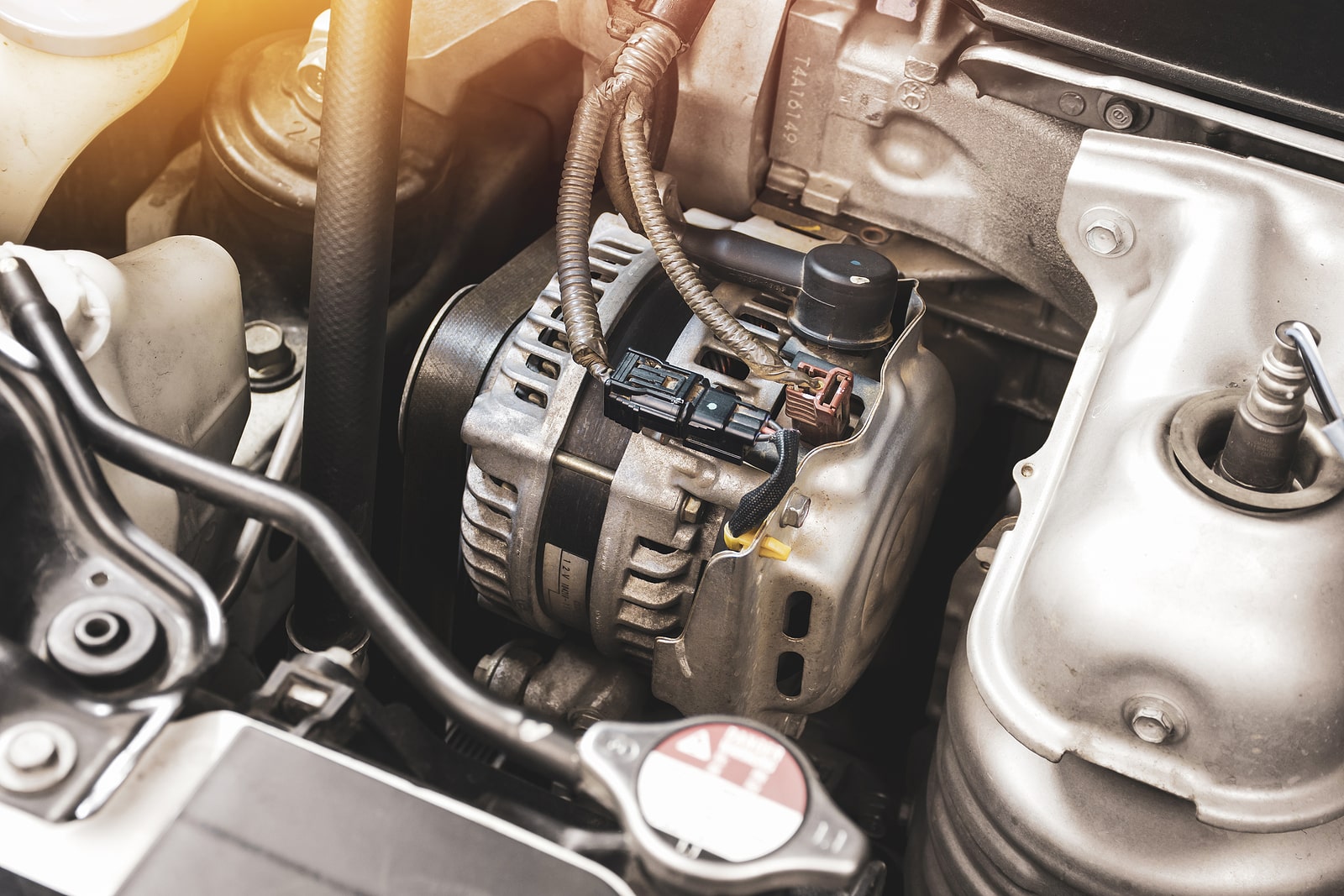 As strong and as useful as the engine in your car is, it does not possess the sole responsibility of powering all the component functions in your car. The different car components are powered by your car’s alternator, which also produces a car’s electricity. It is an essential part of a vehicle’s charging and power system.

In any case, where your car is not starting, it means that the car is not being powered. Hence, there is a problem with the alternator. For this component, many questions arise like how to test an alternator, how to check if it is bad, what an alternator is, and many more. This article helps to provide answers to the above questions to give your more knowledge about this crucial component.

What is an alternator?

A vehicle’s charging system consists of 3 important components: the battery, the voltage regulator, and the alternator. This component is responsible for providing the majority of a car’s power. It works with the car battery to create power for the different parts of a vehicle.

An alternator is defined as an electrical generator that transforms mechanical energy into electrical energy. The name is gotten from the term alternating current (AC). Most function using a rotating magnetic field with a stationary armature. They are stationed near the front of the car’s engine and are moved by the crankshaft.

The crankshaft is responsible for the up and down movement of the piston in a circular motion. In modern cars today, the alternator is controlled by a serpentine belt. Its primary function is to send electricity to the car to recharge the car’s battery. All cars that have a combustion compartment have alternators, except some hybrid car models. It is small in size and has a belt around it, which is known as a serpentine belt in modern cars.

The alternator is responsible for providing electricity to help charge a car’s battery. To perform its responsibility, it converts mechanical energy into electrical energy (electricity).In older vehicles, it is controlled by a pulley from the crankshaft to the alternator. In modern vehicles, the serpentine belt and the belt spin the alternator’s rotor at a very high speed to produce electricity because as the rotor spins, it gives energy.

For the rotor, the magnets surrounding it are installed to create a magnetic field in the stator as they go over the copper wire located in the stator. The magnets' magnetic field produces a voltage, which gives electricity to the vehicle when power gets to the voltage regulator. To power a car’s battery, the alternator's power must be converted into a form that the battery can consume.

Car batteries consume currents that flow in one -way (DC), while alternators give AC. It is after conversion that the battery can use the power to function.

Components of an alternator

Its components are made to allow it to provide an adequate and proper amount of energy to the battery and the vehicle. The components of an alternator are:

How to test an alternator

The alternator in a car allows the electrical systems like the speaker, engine lights, motor, and more to receive power. A faulty one can affect the life of a car’s battery, including its electrical systems. To detect a faulty one, it is possible to run some tests before it develops into a bigger issue. To test it, you will need the right tools, which are:

Follow these steps to test the component's lifespan or durability.

Park the vehicle you want to check on a flat-level ground.

Ensure that you turn off the engine of the vehicle before working on the vehicle.

To prevent the car from moving at the slightest, secure the side rear tire with wheel clocks.

Wear your safety glasses before proceeding.

Open the car hood to locate the alternator.

Locate the alternator. It is located at the top of the engine, with a visible copper wire located inside.

Check the engine’s drive belt. Experts sometimes call it the serpentine belt, and you have to tighten it properly to allow the alternator to charge properly. To check its tightness, it should be pressed between two pulleys to ensure it is secured properly. The belt must be tight before proceeding to work on the alternator.

Test the car engine to check the exact problems. To test the engine, start the engine and listen carefully to any loud, weird noises. To locate where the noise is coming from, use your 3ft rubber house, placing one end of the hose on the engine and the other end on your ear. If the noises are loud from the house, the alternator should be changed.

It is time to test the alternator with the car engine turned off. Using the digital multimeter, set the reading to DC volts. Connect the positive and negative terminals as appropriate in the battery. Now check the battery’s voltage on the multimeter, and the reading should be 12.5 volts.

Now, it is time to test the alternator with the engine on. Using the multimeter, recheck the voltage, and it should read between 13.5 and 14.5 volts. Check the electrical systems in the car that rely on the alternator, and then check the meter to ensure that the voltage does not drop even with the systems turned on.

At this final step, after checking, the alternator turns the car off. Disconnect the meter from the battery terminals and then close the car hood. If you experience further issues, the alternator needs to be tested further with an auto professional's help.

How to test an alternator by disconnecting the battery

To check it by disconnecting the battery involves some simple steps. The steps involved in this testing are:

1- Park your car in a safe place and on a flat surface. Remove any distracting and harmful object away from reach.

2- Open your car hood to check the alternator.

5- Once the engine is running, leave the driver’s seat.

6- Go to where your car’s battery is located.

7- Disconnect the battery, even as the car is still running.

8- Check the car if it is still running. If it is, the alternator is in good shape, and the problem is not with the alternator but rather some other parts.

9- If the vehicle stops after disconnecting the battery, that indicates a faulty alternator.

Symptoms of a faulty alternator

Before testing this component, it is important to know if there is actually a problem with the alternator before proceeding to go through checking it. Like other parts of the car, the alternator also shows some symptoms, which allows you to know that it is failing. Some of the major symptoms are:

Now, you understand how to test an alternator without the battery, its symptoms, and what it is. The alternator powers most electrically enable components in a car, and it should be working effectively at all times. Once any component that requires power starts malfunctioning, get your car’s alternator tested.

Do not delay to prevent further complications in your car’s battery. You can either do it by yourself or take it to an auto professional for repairs.