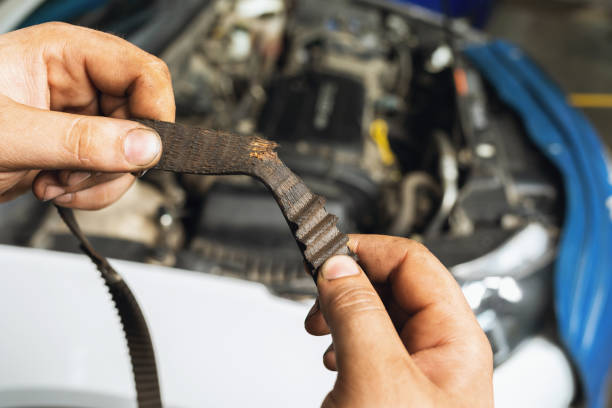 Vehicles are inseparable from day-to-day human activities. It’s so woven into every aspect of our existence that we’ve come to a point where we simply can't do without it. So, it’s essential to keep the car in good working condition for efficiency. To achieve this, all components of the car have to be checked and maintained accordingly.

One such component is the timing belt.

A timing belt, like the timing chain, is a crucial part of your vehicle’s internal combustion engine. It works so that the crankshaft and the camshaft(s) work in synchronized rotation to enable the valves of the engine to open or close at the required times during cylinder intakes and exhaust strokes.

All the information provided in the following paragraphs about the functions, replacement, as well as cost of timing belts was obtained from an interview with a professional mechanic. In this article, you’ll learn a great deal about timing belts, from the features of a good one to the signs of a bad one. Let's go.

Timing belt (left) and timing chain (right) The timing chain and belt perform the same function in every vehicle. Depending on your model, cars can come with either timing belts or timing chains, but never with both. Before the timing belt was introduced in cars in the 1960s, chains were in use.

They are a lot more durable. Belts are constructed out of reinforced rubber, and as a result, tend to be lighter and quieter when in use. Chains, on the other hand, are made of metal and are generally noisier.

Functions of the timing belt

The importance of the belt is seen in the crucial role it plays in your car engine. The following are the timing belt functions:

What happens when the timing belt is not in order?

Sometimes, to clearly explain an answer, you have to first explain the opposite. Fetching from that, to fully grasp what will happen when the timing is not in order, you need to first understand how the belt works when it's in order.

When this belt is not in order, a number of things can go wrong in your engine.

As a rule, most components of your vehicles will give landmark symptoms before they finally pack up. Sadly, the timing belt gives no such reliable signs. But over time, technicians have been able to look out for some peculiar changes in your vehicle that may spell that the belt is failing and needs replacement. The top ones include:

As your belt starts to wear out, it may generate a ticking sound inside the engine motor. However, this can well be an indication that lubrication or oil pressure is low. In any case, get it checked immediately. Delay may be disastrous.

A bad belt may also affect the fire rate of the engine. For instance, a bad belt will often slip on the camshaft drive and force a cylinder to lose timing and open or close too soon. This can cause the engine to misfire. Of course, there are other things that could cause this, but check if only to just remove the belt problem from the list.

As the belt begins to wear out over time, the series nuts and bolts securing the belt cover may loosen. This can cause the engine motor to lose oil. There are several other reasons why oil leakage may happen, it's why you need a professional mechanic to take a look. Other symptoms may include low power, engine overheating, and shaking. If you observe any of these symptoms, contact your mechanic as soon as possible, otherwise, your engine may soon suffer severe damage.

What happens when a  timing belt breaks while driving?

The simple answer is that it will cause considerable damage to your car engine. But there are times when even the simplest answers will require a bit of explanation.

So here it goes: If the belt breaks while you're driving, engine timing is consequently lost. The piston may then hit an open intake or exhaust valve. The resulting engine damage can leave you with the option of rebuilding or buying a new engine.

Can a bad timing chain/belt spoil an engine?

Potentially, yes it can. And it does if it's not soon replaced. The continuous usage of an already bad belt will cause it to break, and ruin the other components, thereby destroying the engine. The proper thing to do is to visit your mechanic the moment you get a whiff of bad timing chain or belt symptoms.

Will an engine run with a broken belt?

No, it won't run. The engine won't be able to come on if your car's timing belt is broken. Without replacement, it will damage other internal engine components. In most cases, the belt snaps while you're driving.

A failing or bad belt makes a ticking sound, it will be coming from the front of your car. This usually occurs when the belt starts to wear out. If it's a broken belt, the sound turns into a whining sound as you try to start the engine.

Can you replace the timing belt by yourself?

No, you cannot unless you're a professionally trained car mechanic. The reason is that replacing the timing belt is an extensive, intricate, and labor-intensive process that can take anything from 4 – 8 hours, depending on the car model. It will require you to assemble the engine before you can reach the belt.

Anyone who should undertake the task of replacing the timing belt should be a highly skilled professional. Always visit a professional mechanic if you need it replaced. Replacing your car's timing belt before it snaps will save you engine damage and money in the long run.

How much does it cost to replace a timing belt?

Replacing your vehicle’s belt will fall anywhere between $300 - $1000. It varies with car sizes, from smaller vehicles to SUVs and minivans, and so on. The belt itself is inexpensive. It will cost you about $25 - $50 to buy a timing belt.

Most of the engine will be taken apart to reach the belt. Consequently, workmanship takes the bulk of the replacement cost. The rule is to replace the belt every 75,000 miles. Give or take, that’s about 5 years. But always refer to your owner’s manual for your car’s exact specifications.

Note: It will cost you substantially more to replace a bad belt than what you'll have to spend if it breaks. Fixing a broken belt can cost upward of $2,000 and more. This is often due to the damage caused to the surrounding components or the engine itself.

Your car’s timing belt must work well at all times. Follow your car’s manufacturer guild to know how often you should change it. Take it to a professional mechanic when it’s due for replacement. The rule of thumb is to replace it whenever it racks up 75,000 miles. Don’t do it by yourself as the replacement process is quite complicated.  Also, leave the diagnosis to your mechanic. If you observe a symptom that suggests that the belt may be faulty, take it to the shop for confirmation. Always check it promptly. Any delay may damage your engine.