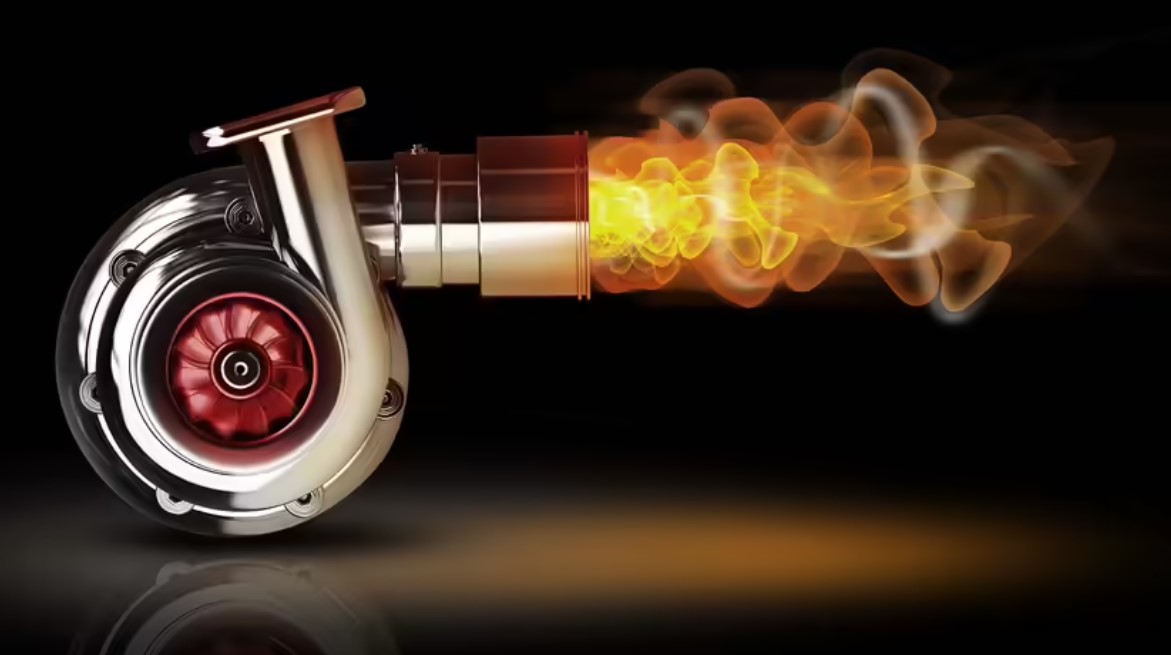 Whenever people hear the word “turbocharged,” they immediately associate it with speed. This split-second association is essentially correct, even though a more technical assessment would be “power.” Starting from around the early 1980s, if a car wanted to exude an air of coolness and swagger, it had to have the then-revolutionary turbocharger bolted to its engine.

The whole fuss about the addition of the turbocharger to vehicles, both then and now, has quite a simple and straightforward answer to it: power. By including a turbocharger in the engine of any car, you have consequently increased its power significantly. To try and explain this, the turbocharger forcefully induces more air into the cylinders of the engine.

The air, which is really a general way of saying oxygen, joins with the already present fuel to culminate in much bigger combustion in the cylinders. This process, made possible by a turbocharger, results in more power for the engine.

A turbocharger is a mechanical device. Its manner of application is in the forceful induction of air into the combustion chamber of a vehicle's engine. The air inflow facilitated by the turbocharger is larger than what would otherwise be obtainable. It increases the final power output and the general efficiency of the engine. The turbocharger is more commonly known as a turbo.

A turbocharger aids the spinning of the turbine by taking advantage of the heat energy and the velocity of the flamingly expanding exhaust gases. It’s this spinning turbine that forces the small compressor to drag in more air into the engine. Turbochargers receive power from turbines. More power basically equals more speed. Turbochargers are typically for vehicles that are built for speed.

How Does a Turbocharger Work in a car?

So far, it’s been established in this article that a turbocharger in a car forces more air than normal into the engine. But exactly how does it do this? Ordinarily, the internal combustion engine functions to draw in both fuel and air. This mixture of fuel and air will then ignite and burn in an explosion that produces power that the vehicle eventually uses. There is also a production of waste gases in the process which the exhaust forcefully ejects.

In turn, the turbine spins the compressor. This process sucks substantially more air into the engine. This translates to more fuel being available for use. This improved mixture of fuel and air naturally generates a much bigger explosion in the cylinder. More output power is produced as a result. It should be noted that this series of specialized events won’t be possible in an engine without a turbocharger.

Due to the high pressure and massive heat generated in the process, turbochargers come fitted with an intercooler and oil cooler. The former helps to cool the incredibly hot air coming out of the turbocharger, while the latter keeps the turbocharger's lubricant at a relatively low temperature.

Components of a turbocharger in a car

Several components make up the turbocharger, below are the main ones:

The wheel of the turbine transforms ordinary pressure and heat into useful rotational force. For small and medium vehicles’, it’s often a radial inflow turbine. At the same time, it’s almost always a single-stage axial inflow turbine for large Diesel engines. The heat energy that the whirling of the turbine generates is what converts to the gases’ kinetic energy.

The turbine's housing motions the flow of gas through the spinning turbine at the rate of about 250,000 rpm. It’s fetching from this that it was observed that the sizes and shapes of the turbine and the impeller wheel largely determine the turbocharger's efficiency.

Too small a turbine will bring about too much backpressure and can choke the engine. This will cause it to lose power. However, selecting too large a turbine for your engine will worsen the lagging problem, thereby making achieving specific target boost numbers difficult. Balance in size is a key factor here.

The compressor of the turbocharge consist of two primary sub-components: the compressor cover and the compressor wheel. The compressor's primary function is straightforward and simple, to compress air and channel it through towards the throttle body. It eventually helps to increase the mass of intake air which find their way into the combustion chamber.

A centrifugal compressor is the most popular one.

The center housing, which is the industry also refers to as the center hub rotating assembly (CHRA), is the part of the turbocharger that provides housing for the shaft that links the turbine to the compressor impeller. It also holds the bearing system where the shaft is suspended from and allowed to rotate at a very high speed, meeting little or no friction. The center housing is the most crucial aspect of the turbocharger assembly.

As simple as this structure might seem, the bearing system of the turbocharger assumes a critical role. It primarily controls the radial and axial motion of the shaft and wheels. It also reduces the energy lost to friction, thereby improving the general power output.

The location of the Seals is typically at both ends of the bearing housing. These seals became expedient in the bid to reduce the energy lost due to friction very low. Their main function is to ensure that the intake air and exhaust gas are out of the center housing.

Once you understand that a turbocharger essentially works by compressing air, it’s a no-brainer to spot the need for an intercooler. When air compression occurs within a particular volume, the pressure will increase, and heat generation occurs in the process. The intercooler helps to cool the hot air before it makes its way into the intake manifold.

Types of Turbochargers found in a car

This is a single-turbocharger set-up. It’s is what many people think of like a turbocharger. It’s by far the simplest and, to date, the most common type. Due to its simple structure, it’s also the cheapest type available in the market in comparison to other types on this list.  As far as efficiency goes, however, it’s not the best available option.

A single-turbocharger is hardly up to the task of working across the whole revolution range. There are generally two choices with a single turbocharger:

In any case, the boost range for a single-turbocharger is essentially narrow, and lagging would be a source of technical concern.

Another method is to use a much smaller turbocharger at low RPMs and a larger one employed at higher RPMs. This alternate turbocharger configuration is technically known as twin sequential turbocharging. Its benefits are that it works at a wider operating RPM range and produces good torque at low revolutions. This helps to reduce lag.

As already explained in this article, a turbocharger is powered by waste or exhaust gases, funneled towards the blades of the spin turbine, which then force air into the engine. From here, the cylinders of the engine fire following a sequence. This means that waste gases go into the device in pulses. A common problem with this sequence is that these pulses sometimes overlap and obstruct one another's functioning in producing power for the turbocharger.

It’s precisely this problem that the twin-scroll turbocharger solves by its unique design. It does this with a housing of divided-inlet turbine as well as specialized exhaust manifold which helps to pair the individual cylinders to each scroll. In the case of a vehicle with four cylinders, the first and fourth cylinders can be made to power one scroll, while two and three are made to power the other. Generally, there’s neither pulse overlap nor interference, and lag is almost nonexistent.

It’s sometimes known as variable-nozzle turbines. The ring of vanes in the turbine housing of the variable-geometry turbocharger alters its area-to-radius ratio in order for it to match the revolutions of the engine. The outcome is less lag and a wilder boost range. It’s complex and cost-intensive, and its manner of application is usually in diesel engines.

Like this, when it’s at low revolutions, one of the scrolls will completely close, thereby forcing all the available air into the other scroll. This result is better turbocharging efficiency and low-end power. The variable twin-scroll turbocharger much cheaper than the variable geometry turbocharger, making it a perfect candidate for petrol engine applications.

Functions of a turbocharger in a car

People often associate certain characteristics with pieces of machinery in production. For the turbocharger, below are a few features:

Turbochargers work in extreme heat. In gasoline engines, for example, it’s more than 1050 °C. Even in the case of diesel emits, they operate a temperature hotter than molten lava.

A turbocharged engine has a wastegate installed in it to enable it to reuse waste gases and emit cleaner ones which are good for the environment. This is one of the great advantages of the device. In the future new green economy, these engines are most likely going to lead the way for automobiles.

The turbocharger engine in a car is built for the long haul. Performance is the chief consideration when designing turbochargers. It’s why it’s extremely important for the turbocharger to be reliable as it is durable.

The word “turbocharger” is often in use in relation to speed. It is colloquially known as turbo. It’s essentially a mechanical device whose purpose is to force the induction of air into the combustion chamber of a vehicle's engine. The turbocharger increases the final power output and the general efficiency of the engine of a car.