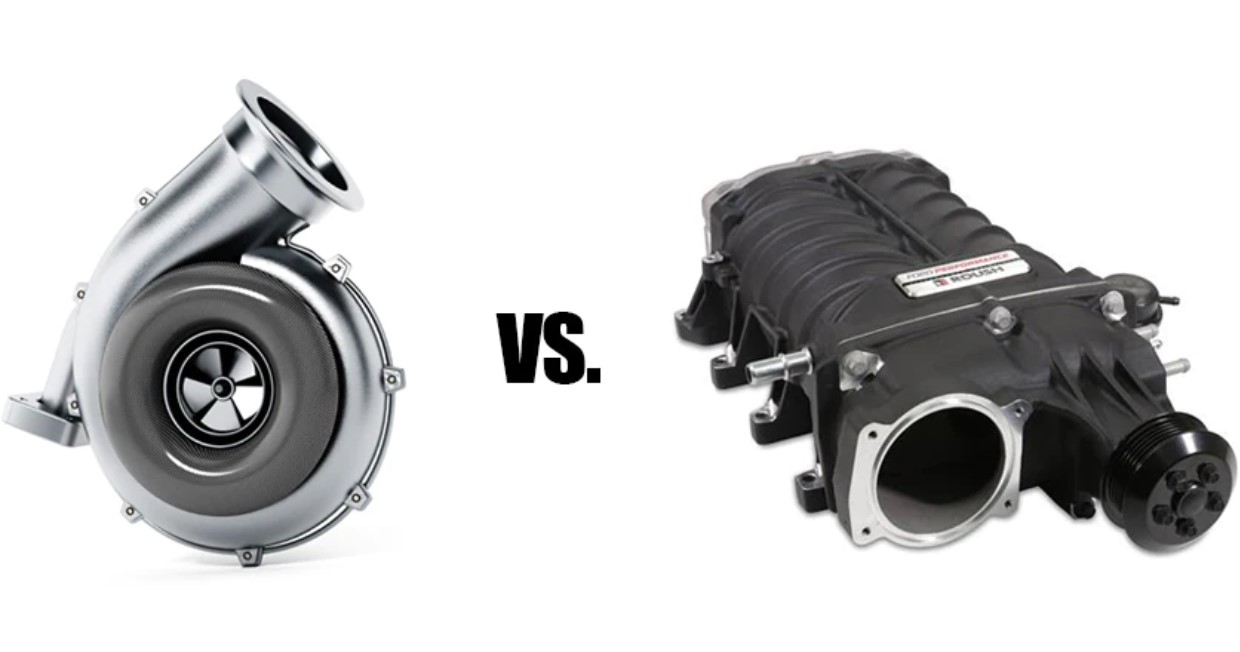 Over the years, several significant developments have trailed the automobile industry. Now, "turbocharged" and "supercharged" are words that have, found their way into the everyday American lexicon. Along with this development came the turbocharger vs. supercharger discussions. They are used in a casual conversation between "automobile laypeople" or more professional use by automobile engineers.

These terms are also heard when lawmakers argue bills and on television as reporters read the evening news. They are both commonly used to mean that a thing is boosted or has received an increase in speed. Also when a thing is made more intense or powerful, or an added vitality.

Rarely do people refer to the basic technologies that made the words possible in the first place. technologies being: turbochargers and superchargers. Before their invention, automobile manufacturers noticed that the normal drawing in atmospheric pressure didn’t provide automobiles with enough power.

In their search for a more efficient way to boost power, they landed the forced induction method. At the moment, forced induction is the best way of achieving a significant power boost with any engine. The two available technologies to carry out forced induction are turbochargers and superchargers.

Many people casually know a turbocharger as a turbo. A turbocharger is a forced induction device that is used in automobiles. It is used to increase the efficiency and power output of the internal combustion engine. This is done by forcing an extra amount of compressed air into the automobile’s engine's combustion chamber.

A turbocharger takes advantage of the heat energy and the increasingly hot velocity. It uses this for expanding exhaust gases to aid the spinning of the turbine. It’s this spinning turbine that pushes the impeller (small compressor) to suck more air into the engine. Turbines drive turbochargers.

To better understand how turbochargers work in cars and what they are made of, check out this article.

On the other hand, a supercharger is essentially an air compressor that helps increase the density and pressure of air. Not just air in general but air supplied to the internal combustion engine of any automobile. It provides every intake cycle of the engine with a lot more air.

Which will enable it to burn more fuel and consequently do more work. This makes the power output generally improved.

To put it simply, it pumps additional air into the engine. But unlike the turbocharger, it does this mechanically with the aid of a belt, gear, chain, or shaft connected to and runs off the crankshaft of the engine.

What's the Need for A Turbocharger or A Supercharger?

When it comes to the engines of automobiles, more power requires more air.

The amount of power that any automobile's internal combustion engine can generate depends on how much fuel it can burn. Also how quickly and, more importantly. How efficiently it can convert the generated heat into mechanical power. However, Fuel requires air (essentially oxygen contained in it) to combust or burn.

So, the overall power output of an engine is, first and foremost, dependent on how much air it can suck in to burn the fuel. This is why the idea of forcefully feeding more air than normal to an engine is important. It can burn more fuel and generate more power outcome. The turbocharger and the supercharger help provide this additional air intake for the engine.

Differences Between a Turbocharger and A Supercharger

While they are both air compressors, they work quite differently. Below are some of the differences.

Look at a turbocharger as an air compressor powered by the exhaust gas turbine. And a supercharger as an air compressor driven by the engine’s crankshaft, connected with a belt. To put it simply, the turbocharger draws power from exhaust gases that result from combustion. While the supercharger draws its own from the crankshaft. This is their first major difference.

Superchargers connect to the engine and have a spin speed of up to 50,000 RPM. The turbocharger spins faster because it shares no connection with the vehicle engine.

The turbocharger is fitted with smog altering equipment – a wastegate – to reduce the emission of carbon discharges. The supercharger doesn’t have such a wastegate.

Similarities Between a Turbocharger and A Supercharger

Both the turbocharger and the supercharger produce large amounts of power. They both share this basic similarity.

The Turbocharger and the supercharger both belong under forced induction systems. Their primary function is compressing the air coming into the engine, consequently making more pores available to the automobile.

Manufacturers designed both to function very well at high altitudes where other engines find it difficult to function optimally. The air at high altitudes is less dense than normal, and the automobile would ordinarily get very little off. Still, the turbocharger and the supercharger ensure that the engines get more than enough.

Pros and Cons of a Turbocharger and A Supercharger

The two technologies – Turbochargers and Superchargers – have advantages and disadvantages.

The turbocharger and the supercharger are both air compressors. They are mostly similar in function, but they also have their differences and advantages, and disadvantages. Generally, however, the turbocharger is more efficient.