What is a Harmonic Balancer? Complete Guide 2023 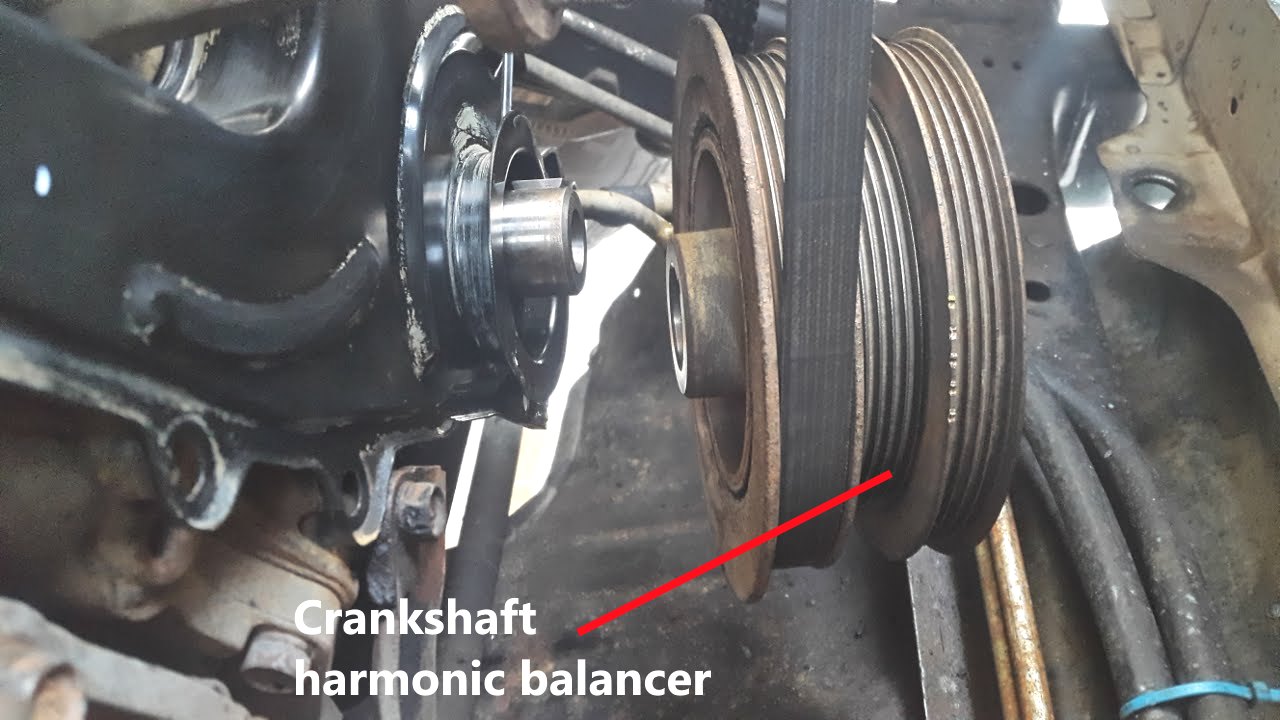 What is a harmonic balancer, and what does it do?

Harmonic balancers are often called dampeners, and in truth, they are dampeners in their effect. In operation, Dampeners are similar to a torsional shock absorber, which helps prevent vibration from the engine and dampen torsional twist. This torsional vibration (or twisting vibration) emanating from the engine is a product of the firing pulses produced from each combustion event.

The force the combustion process produces makes the crank deflect to a certain extent in the force's direction. When this force goes away, the crank springs back slightly. In some scenarios, the crank may resonate and, in turn, make the vibration worse. As the cylinders in your engine fire, they move upward and downward.

They generate the torque that gets transferred to the crankshaft. It is common knowledge that the crankshaft is responsible for converting the engine's power into a rotational movement that pioneers the turning motion of the wheels of a car exhibits. Have it in mind that with the eight cylinders in the engine firing, these forces are constantly interacting with each other, moving back and forth. Nonetheless, all of its effects dissipate because of the presence and operation of the harmonic dampener.

When managing the torsional and resonance vibration from your crankshaft, the presence of a harmonic damper is crucial. We connect this device to the free or accessory drive end of your internal combustion engine's crankshaft.

An interference fit is suitable for v8 engines with cross-plane cranks or generally for engines with a long crankshaft. Typical examples of such engines include the straight-6 and straight-8 machines. The life span of your crankshaft is significantly dependent on the harmonic and torsional vibrations. These forces can lead to your crankshaft's instantaneous damage or failure if the crankshaft runs at or through an amplified resonance.

The balancer often uses a pulley for the accessory drive belts, which turns the alternator, water pump, and other crankshaft-driven devices.

The damper comprises two key elements: an energy-dissipating element and an inertia mass. Dampers predominantly consist of rubber, a synthetic elastomer, a spring or fluid, and a clutch.The dissipating element is concerned principally with absorbing the harmonic vibrations. At the same time, the inertia mass deals with the torsional crank motions. Dampers must always be fit to perform these inhibiting tasks to work correctly.

Furthermore, dampers come with a specific weight (mass) and a particular diameter. The diameter and exact mass depend primarily on the damping method or material used to reduce the damp and crankshaft resonances.

Pressure rises from within the combustion chamber. This pressure forces each piston to initiate a downward movement within the cylinder. With each stroke, a rotational force is created suddenly towards the crankshaft. The crankshaft may be a stout component, but it is not rigid. As a result, during these combustion processes, the crank twists a little in response to the applied pressure, which could run into thousands of pounds.

A crank twist is akin or similar to a simple torsion bar having a lever arm at one end. With this in mind, let's say you hit a lever arm with a hammer. There will presumably be a slight impact on the lever arm.

However, the lever arm will spring back into position and vibrate for a while before assuming a rest state. We can see that we both have a torsional twist that inadvertently births a torsional vibration. This vibration is visible during the spring back effect after an impact.

A torsional twist is a product of the thickness and part length (inline engines generally have a longer crankshaft than V-configurations), the material shear modulus (this is the material stiffness), and torque (from the combustion and crank throw force).In the same light, torsional vibration is also dependent on the torsional stiffness, part length, and the object's ability to withstand or resist torsion (known as moment of inertia).

Once the engine begins to run, harmonics produced by the combustion process begin to resonate through the engine's crank. In this situation, the harmonic balancer has one function to perform: dispense these harmonics immediately before it creates a bigger problem. The circular device here comprises of metal and rubber principally.

This device keeps the vibration at a safe level and protects the crankshaft from damage. However, this rubber does not last forever; it deteriorates with time. As a result of the deterioration of this rubber, your harmonic balancer can go bad. A bad harmonic balancer with mean disturbing or violent engine vibrations cracks to your crankshaft, and you make also experience a fault on your serpentine belt if it gets thrown off track.

There are three major types of harmonic balancers:

The elastomer damper comprises a ring of rubber installed between the outer inertia ring and the inner hub. The common complaint associated with the elastomer damper is the deterioration of the elastomer interface. As time progresses, the components get affected by age, temperature differences, oil exposure, and chemical exposure. You can observe with your optical eyes for signs such as bulging of the elastomer, separation or cracking or wobbling while running. Once you notice this, then it’s time for a change.

The fluid damper has no elastomer present. In operation, it uses fluid to absorb flexing energy coming from the running engine. They are often associated with racing cars and are not really need in streetcars.

Finally, the friction balancers or dampers rely on internal clutch discs to get rid of harmonics. it is the most adapted harmonic damper for race cars especially the all-aluminum clutch-style with 360-degree calibrations.

How to replace and install a Harmonic Balancer

Removing the old harmonic balancer is a pretty much rigor task. This process will often demand that you remove your bumper or front fender, and sometimes you may need to remove your radiator. To do this, you must adequately equip yourself with the necessary tool for this exercise.

A harmonic balancer puller is affordable and ranges around $25 in cost. However, take some time out to make sure you purchase the right puller for your device.

Every car comes with a different engine and most especially its orientation. Therefore, the process of removing and installing a harmonic balancer will be different for various car engines. We advise that you visit your manufacturer's website or another forum to note how to go about the process for your car specifically.

A general approach to installing a harmonic balancer

This tool that you have purchased will help you remove the harmonic balancer from the crankshaft. Installing a new harmonic balancer is pretty much the same procedure in reverse. It would be best to make sure the new balancer and the old one you intend to remove are the same. Take note of the bolt hole location and size. Remember to look carefully at the torque settings to avoid a mistake.

After installing, try to start your engine. If your engine starts without unusual vibrations going over the roof, then you have done a great job installing your new harmonic balancer.

Signs of a failing harmonic balancer

A harmonic balancer's failure can be a nightmare to not just the driver alone but passengers as well. Therefore, a driver must look out for these signs, which indicate a failing harmonic balancer. We have a well-written article on top signs of a bad harmonic balancer and how to fix it. Nonetheless, let us briefly look at some of the symptoms here.