Which Ford F-150 has the highest mileage? 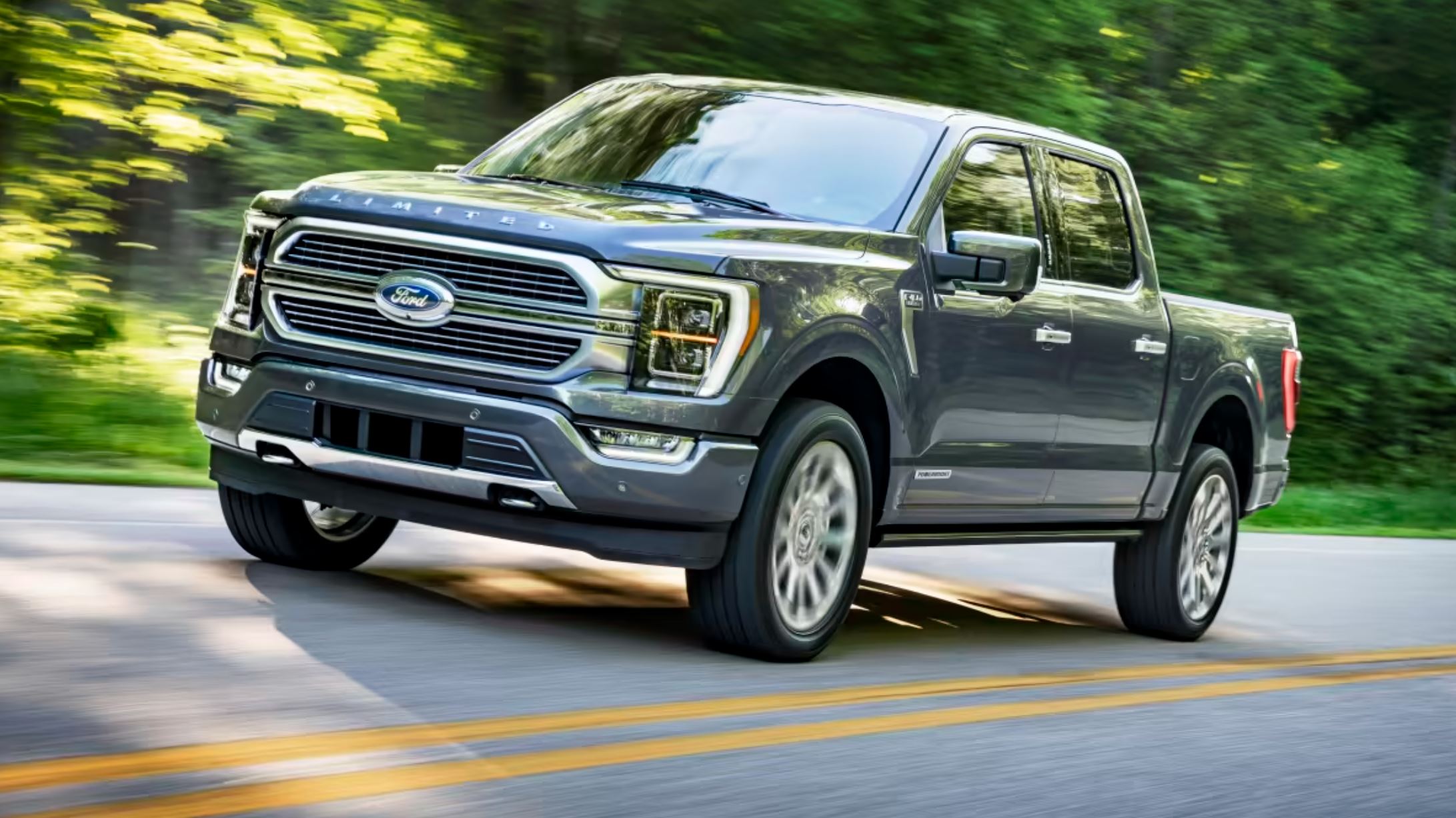 Ever since the Ford F-150 made its debut on the automobile scene 46 years ago (1975), it has grown. It has greatly integrated itself into United States’ consciousness. It even moved on to become the highest and fastest-selling truck in the country.

And it also earned itself the reputation as the most iconic truck in North America.The F-150 is a prominent member of Ford’s F-Series. By far, it’s the most notable of the line-up in terms of sales and revenue, as well as popularity. The pickup truck has retained its position as the best-selling vehicle for the last 30 years. The success of the F-150 in the F-Series caused Ford Motor Company to develop a variety of models.

And this led to the conversation of which one has the best mileage.Mileage in automobiles is either car mileage (total distance covered) or gas mileage (fuel economy or efficiency). They are the two main parameters popularly used to ascertain the value of vehicles, especially the already in use. In this article, however, we will be talking squarely about car mileage.

Ford F-150: the start of something strong

The idea that eventually led to Ford F-150 started several decades before 1975. It began when customers of Ford Motor Company requested a workhorse vehicle with the capability to haul bigger-than-normal weight. Ford responded with the Ford Model TT which they released in 1917. True to form, the Model TT could pull a ton of payload. Ford replaced the Model TT with the 1.5-tin chassis Model AA 9 years later.

Ford Motor Company moved on to officially start the F-Series in 1948. The new series included six truck classes (starting from the half-ton up to a cab-over truck).  When the second generation was released in 1953, Ford improved vehicle power and capacity.

Ford F-150 Raptor[/caption]The improvement continued with every new generation. It has evolved to become this current generation of F-150 that have their body made of light high-end aluminum. Now, an F-150 can come as a mud-slinging workhorse truck to a posh leather moving office. It all depends on what you want. There are currently 7 models: XL, XLT, LARIAT, King Ranch, Platinum, and Limited.

What is car mileage?

To put it simply, the phrase “car mileage” refers to the total distance a car has traveled since its production. For cars that are yet to be driven, their car mileage can be estimated. For instance, an average car can do somewhere about 1,000 miles (1,600 km) every month.

This translates to 12,000 miles (19,200 km) every year.As an example, a 10-year-old car can be estimated to have covered about 120,000 miles (10 years times 12,000. Alternatively, a new car will have racked up a distance of 120,000 miles in 10 years. A simpler and much more reliable way to tell a car’s (exact) mileage is by taking a look at the odometer. An odometer is a device that measures the distance a car travels. It’s attached to the car wheel.

What mileage is good mileage for F-150?

If your calculation lands you anywhere around that figure (or a number consistent with car age), you have a good car. If the mileage is extremely low or high, you might want to see it as a warning signal.While the former might indicate inactivity or damage, the latter spells wear and tear. None is good. The key here is to have your car act its age.

Things are quite different for the Ford F-150 pickup truck, it’s not your average car. The F-150 can comfortably rack up anywhere between 150,000 and 300,000 miles before its engine will require a rebuild. Using the average mileage of 12,000 miles a year as the yardstick, an F-150 can easily work for you for 20 years.

All through in optimum condition.With proper care and maintenance of your F-150, you even can get more than 20 years of service from it. This is the reason the F-150 has remained the bestselling truck in the United States for more than four decades.

Which F-150 Model has the highest mileage?

Asking which of the F-150 model has the highest mileage is asking which is the most powerful and efficient. To put the question alternatively, which of them last the longest? It’s the engine in the vehicle that comprises the bulk of what will determine this.For instance, a higher horsepower engine (even though burns more fuel) will typically produce more thermal efficiency.

What’s more? It can also increase the mileage at the same time which translates to longevity.So, to answer this question, we will first have to investigate the most powerful and efficient engine. To achieve this, we will need to go through the six engines present in the Ford F-150 pickup trucks. They are listed in increasing order of horsepower.

With a horsepower of 250 and torque of 440 pounds, this 3-liter turbocharged diesel engine is the least powerful in the F-150 lineup. It doesn’t necessarily mean that choosing it translates to a poor choice. The engine has its advantages. One, your F-150 truck won’t need a high rpm to pull off a maximum torque. Two, it can tow up to 12,100 pounds.

This engine is found in the following F-150 model: Lariat, King Ranch, and Platinum.

This naturally aspirated gasoline V6 engine is typically found in Ford F-150 base models. Churning out 290 horsepower at 265 pounds of torque (with help from the twin independent variable cam timing [Ti-VCT]), the base engine isn’t a bad choice. As a basic truck for everyday convenient towing, the engine is a decent choice. It, however, doesn’t have enough power for maximum towing potential.

This twin-turbo gasoline V6 engine is a substantial improvement on the basic 3.3L Ti-VCT V6 model. It provides F-150 with 325 horsepower and 400 pounds of torque. The engine gives F-150 enough power to effectively do its duty as a work truck. It has a max towing capacity of 10,100 pounds. It can be found in XL, XLT, and LARIAT models.

If you’re someone looking for a truck with a lot of power, find an F-150 with the 3.5-liter twin-turbo gasoline V6 EcoBoost engine. It was designed for optimum towing and hauling. Paired with 470 pounds of torque, the engine offers 375 horsepower. Its maximum towing rate and payload are 12,700 pounds and 3,200 pounds respectively. The engine is available in LARIAT, King Ranch, and Platinum.

This naturally aspirated gasoline engine is the only V8 engine available in the Ford F-150 lineup. The engine provides an enormous 395 horsepower coupled with 400 pounds of torque. That’s a lot of power even for an F-150. It has a towing capacity of up to tow 13,000 pounds and haul up 3,270 pounds. The engine is available in XL, XLT, LARIAT, King Ranch, and Platinum.

With the highest towing capacity (14,000 pounds), biggest torque (510), and largest horsepower (450) of all the engines available in the F-150 line-up, it’s the one with the highest mileage. The twin-turbo engine can perform the most rigorous of tasks. It can haul up to 1,520 pounds of payload. It’s only available in Limited and Raptor.

How to make a high mileage car last

You most likely want to keep your F-150 truck for as long as possible. I mean, who doesn’t what all the value for their money and optimum return on their investment? Achieving this comes with more than just have a nice engine, you have to put in the work. F-150 performs their best when there’s accompanying maintenance as they do the work. Below are some things you can do:

Read the instructions on the maintenance manual and take notes of important changes. Change the oil when it’s time. Keep all fluids level at recommended levels. Keep tabs on the tire pressure, rotate/change them when it’s time. Ignoring routine maintenance will shorten the overall car mileage.

Attend to problems as they come

For your F-150 to rack up all the miles that it’s worth, you will need to fix the common problems as they arise. Check out the malfunctioning engine light. Realign the car wheel. Change the tires when they wear. Problems don’t go away when they arise. Left unattended, they only get worse.

There’s always the temptation to get the replacement parts commanding the smallest price, don’t fall for it. Buy high-quality, recommended parts, no matter what they cost. This way, you get to keep your car on the road until maximum mileage is achieved.

Start by washing away the grime, but don’t stop there. Clean your F-150 consistently, especially when it snows (because of road salt). Like this, you will be able to forestall corrosion from setting on and underneath your truck.

F-150 may be a tough truck, but even strong vehicles require care. The gentler you treat your truck, the more mileage it has, and the longer it will last. Don’t pump the gas or slam the brake unnecessarily. Avoid sudden turns and potholes.

The truck models in the Ford F-150 lineup are all tough vehicles with varying capacities. In all, F-150 trucks with the 3.5L High Output EcoBoost V6 engine have the most power and efficiency, hence has the highest mileage.